Plans to rename the former Air Force space launch wing were announced last month.  To create its own identity separate from the Air Force, the Space Force is naming its units deltas.

A virtual changeover ceremony held at Patrick Space Force Base, Florida, was posted on YouTube May 11.

The 45th Space Wing was stood up in November 1991 and has since supported nearly 800 military, civil and commercial space launches from Cape Canaveral Space Force Station and from the Kennedy Space Center. The unit oversees the Eastern Range that extends 10,000 miles from the Florida coastline through the South Atlantic and into the Indian Ocean.

The wing took its numerical designation from the 45th Bombardment Group that protected the U.S. Atlantic coastline during World War II. 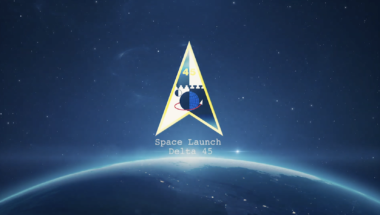 On Tuesday the Space Force unveiled the emblem of Space Launch Delta 45. The midnight blue and silver gray of the Delta represent the edge of Earth’s atmosphere and outer space. In the lower center of the Delta, a large glow represents the Earth, a smaller globe symbolizes the moon and other planets. The border is the transition from sky to space. The small delta’s flight path is red to indicate the stresses of launch during spaceflight. The path is left to right to represent prograde departure routes of launch vehicles on the Eastern Range.

Both launch units currently report to the Space Force’s Space Operations Command in Colorado Springs, Colorado. The Space Force announced last month that the launch wings later this year will be realigned under Space Systems Command, a new field command to be based in Los Angeles that will replace the Space and Missile Systems Center.