WASHINGTON — The first satellite for a Chinese company planning a global system of geostationary satellites launched July 9 on a Long March 3B rocket.

The satellite, barring anomalies, will be the first commercial success of China’s enhanced Dongfanghong-4 platform, the DFH-4E, which includes upgraded components to lighten the satellite platform and allow more room for communications payloads. Two earlier DFH-4E satellites were lost — China Satcom’s ChinaSat-18 in August 2019 due to a spacecraft power failure immediately after launch, and Nusantara-2, a satellite built for Indonesian operator PSN that was destroyed in a Long March 3B failure in April.

Apstar-6D was ordered in 2016 by APT Mobile SatCom Limited, a company that APT Satellite of Hong Kong helped form that same year with institutions in mainland China. APT Mobile has described Apstar-6D as the first of a global system of three or four satellites for broadband connectivity to aircraft, ships and remote locations. Progress beyond the first satellite has been slow, however.

“In order to be very successful, we need to cover the whole globe,” he said. APT Mobile was discussing access to orbital slots and leasing capacity on other operator’s satellites to expand beyond the Asia Pacific, “but we cannot secure a timeframe for that,” he said at the time. 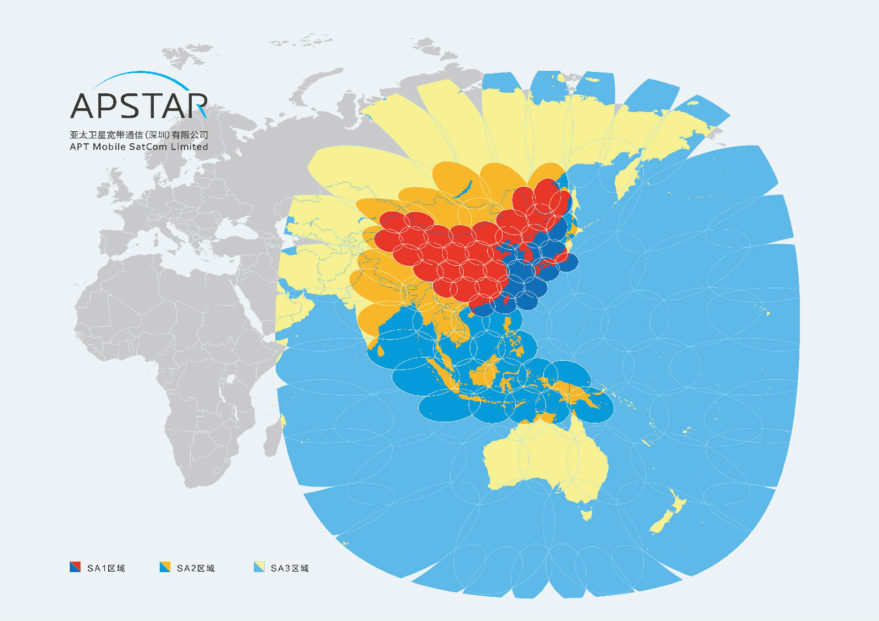 APT Satellite has a 30% stake in APT Mobile, according to an August 2019 financial report. Neither APT Satellite nor APT Mobile have announced additional satellite orders for the planned global Ku-band system.

Apstar-6D is a 5,500 kilogram satellite with 90 Ku-band user beams for customers and eight Ka-band beams to link to gateway stations. The satellite has 14.4 kilowatts of power, and can direct up to 1 gigabit per second of throughput into a single user beam, according to CASC.

CASC said Apstar-6D is the highest capacity satellite covering China. The hybrid electric- and chemical-propulsion satellite will be positioned at 134 degrees East and has an expected service life of 15 years.