NASA announced May 20 it is renaming a major space telescope under development after an astronomer who led the agency’s early work in space-based astronomy, even as the mission remains under threat of cancellation.

WFIRST, proposed for cancellation, is approved for development

NASA has approved a major astrophysics mission to go into the next phase of its development even as the administration seeks once again to cancel it.

A NASA space telescope recently completed a major review and is making good progress, project officials say, despite uncertainty about its funding.

The telescope for a major NASA astrophysics mission has passed a key review that the agency says keeps it on track for launch in the mid-2020s despite uncertainty about its funding for 2020 and beyond.

There’s little doubt, though, that JWST will eventually launch, even if the March 2021 date slips. The same isn’t the case for the Wide-Field Infrared Survey Telescope (WFIRST), NASA’s next flagship astrophysics mission.

NASA’s fiscal year 2020 budget request is facing scrutiny from nearly all quarters for its proposals to cut science missions and education programs as well as defer work on an upgraded version of the Space Launch System.

Op-ed | The rocky landscape for astrophysics

Aside from the gaping hole in capabilities that WFIRST was uniquely designed to fill in the 2020s, NASA's projected out-year budget delivers a knock-out punch to future U.S. leadership in space astrophysics 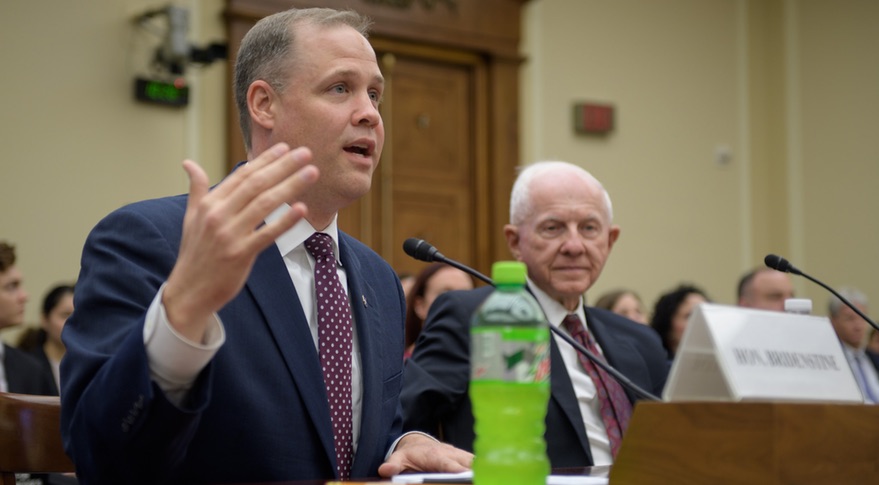 NASA Administrator Jim Bridenstine said July 25 that, in order to address the delays and cost overruns with the James Webb Space Telescope, the agency may seek to slow down development of another flagship astrophysics mission.

A NASA astrophysics mission that passed a key milestone after making cost reductions is studying potential additional cuts to one of its instruments.

In his first congressional testimony since becoming NASA administrator a month ago, Jim Bridenstine sought to reassure Senate appropriators about the status of several agency programs threatened with cancellation, as well as his own views on climate change.

With uncertainty about the future of two large space telescopes, NASA is continuing to suggest that the next decadal survey for astrophysics be postponed, a move opposed by many astronomers.