The spacecraft, a landing technology demonstrator, flew to Mars on the ExoMars 2016 mission, but crashed when it prematurely shut down its thrusters. 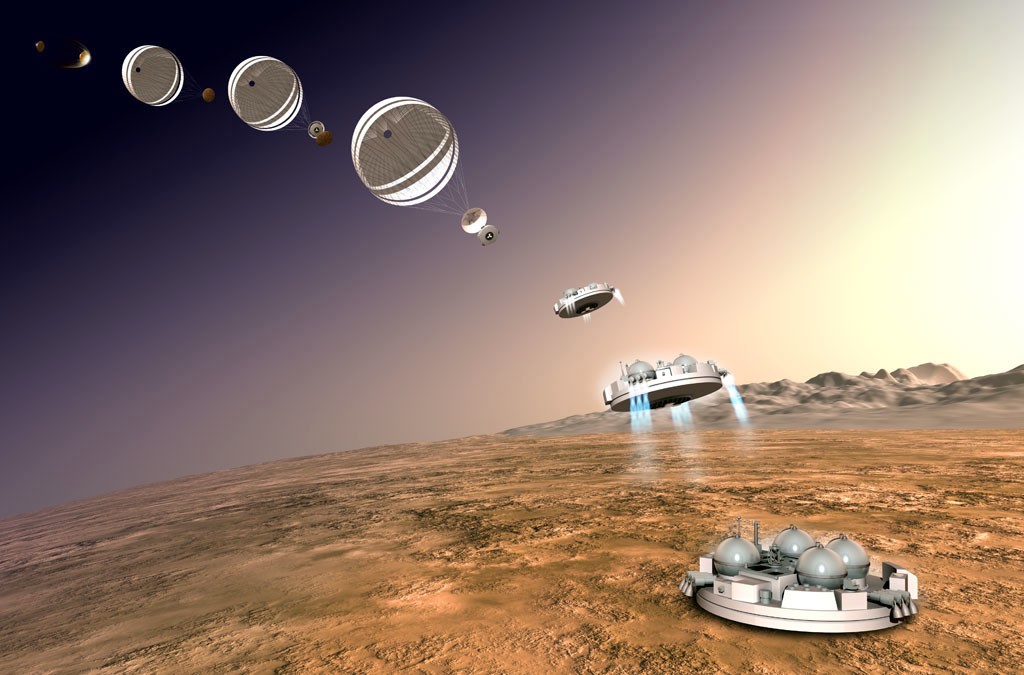 The European Space Agency on Nov. 23 said its Schiaparelli lander’s crash landing on Mars on Oct. 19 followed an unexplained saturation of its inertial measurement unit, which delivered bad data to the lander’s computer and forced a premature release of its parachute.

Images from a NASA Mars orbiter suggest that the European Space Agency’s Schiaparelli spacecraft crashed when attempting to land on the Martian surface Oct. 19. 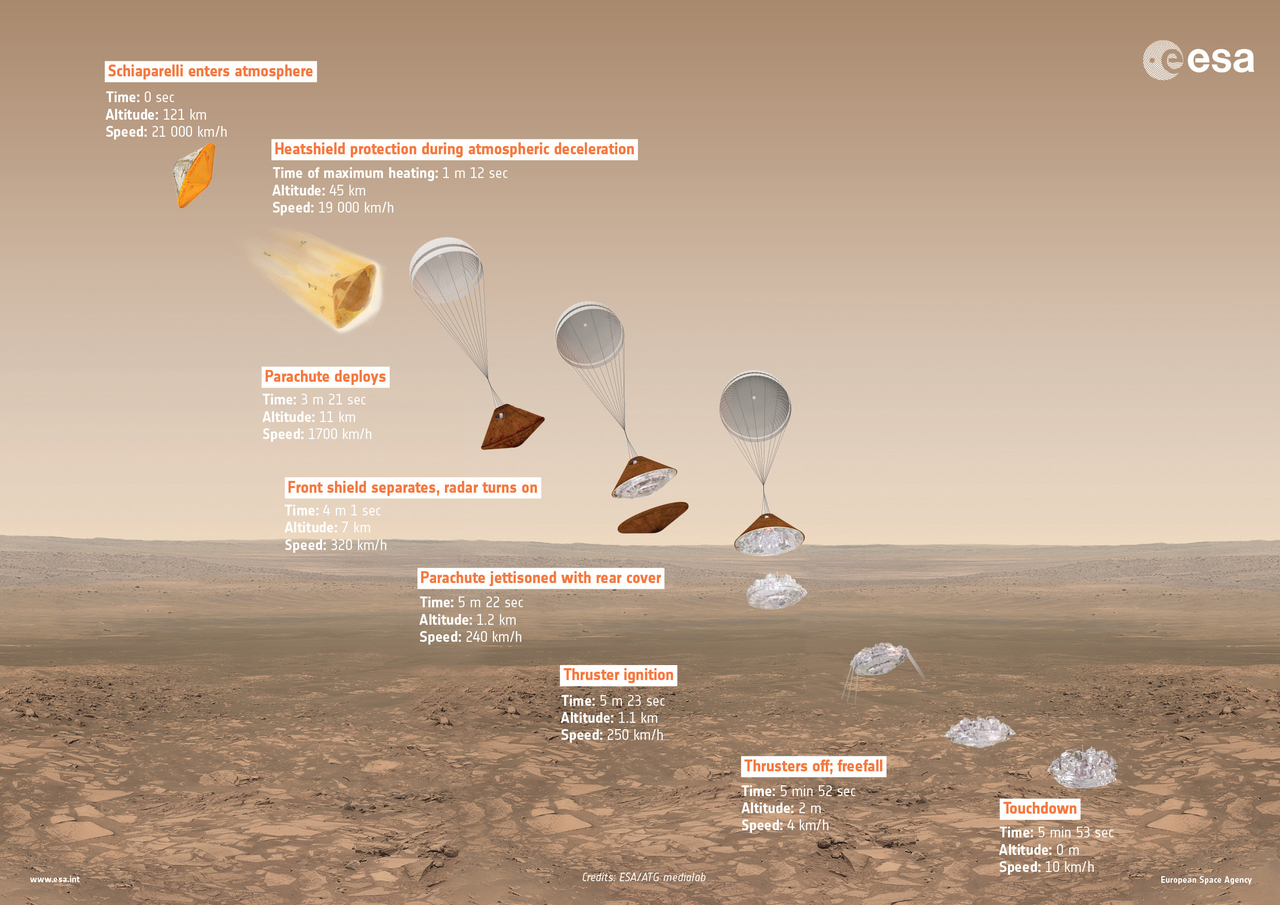 The European Space Agency on Oct. 19 successfully placed its Trace Gas Orbiter satellite in Mars orbit, where it will examine Mars’s atmosphere before changing orbit to become a data relay station for future U.S. and European Mars rover missions.