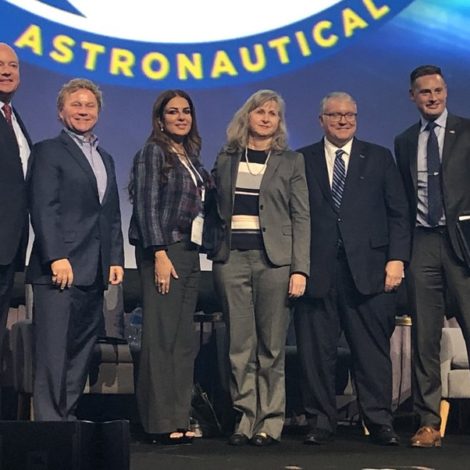 Entrepreneurs and international government agencies will play important roles in NASA’s future lunar exploration, according to speakers at the 2019 International Astronautical Congress here.

Administration policies seek to promote use of space nuclear power

Despite a strong public endorsement of NASA’s efforts to return humans to the moon as a step towards Mars, a series of recommendations approved by the National Space Council Aug. 20 highlight concerns about the agency’s plans to do so.

An executive order calling for an across-the-board reduction in federal advisory groups could force NASA to shut down several of the committees that support the agency.

The advisory group of the National Space Council wants to take on a role evaluating NASA’s plans to return humans to the moon by 2024, once those plans are developed.

The National Space Council will likely press NASA at its upcoming meeting to speed up its plans to return humans to the moon as the agency continues to study alternative approaches for the next flight of its Orion spacecraft. 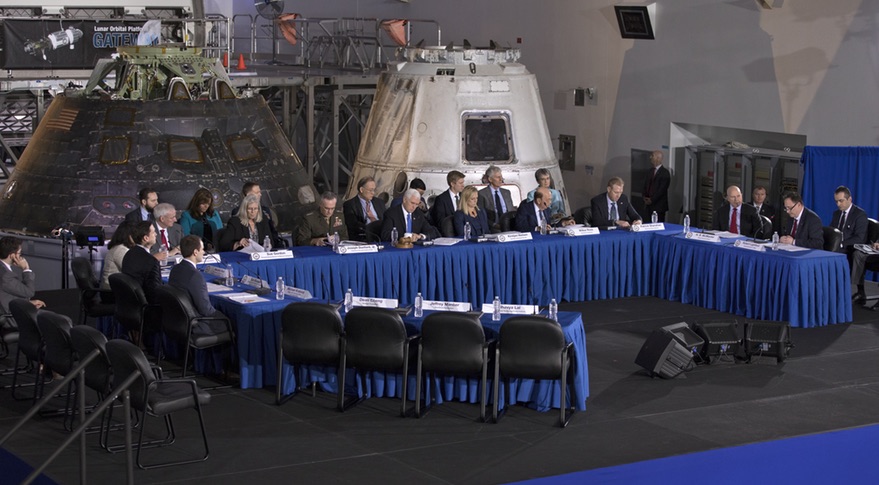 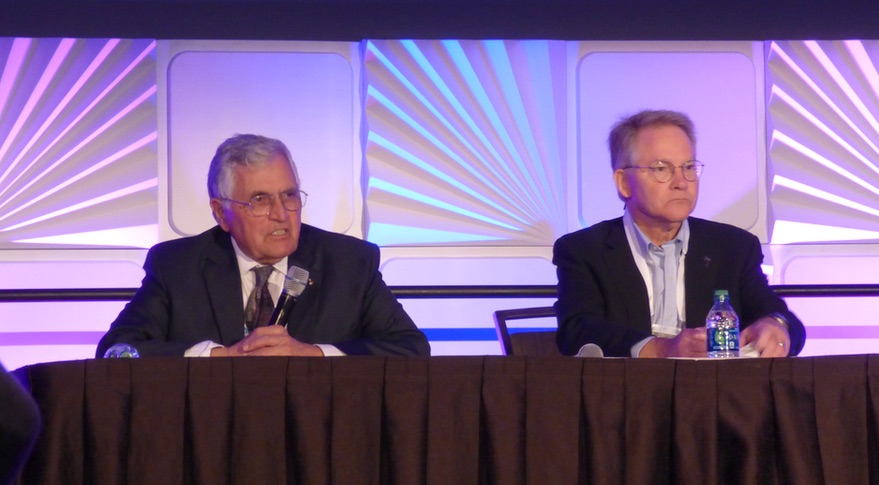 The advisory group for the National Space Council is looking at ways that NASA’s human exploration plans can also support space science, while acknowledging the lack of representation of the scientific community in the group. 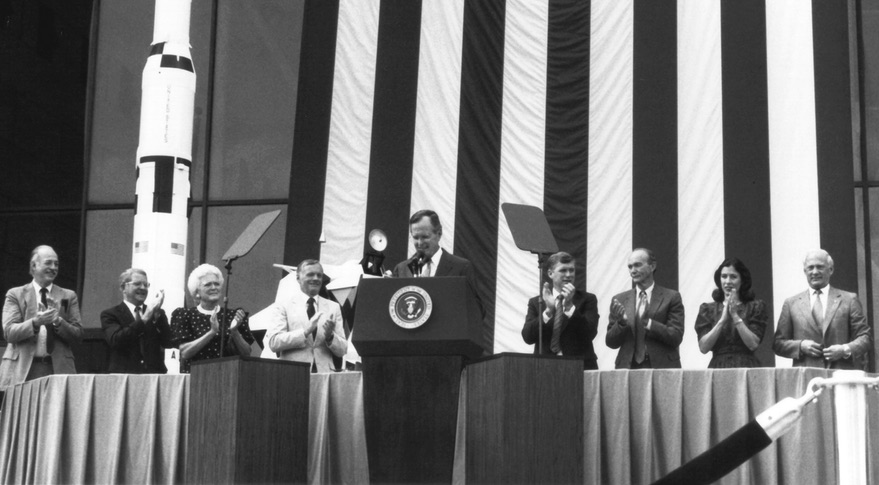 Despite serving just a single term in the White House, the late President George H.W. Bush is remembered as playing a key role in space policy as the country transitioned from the Cold War competition with the Soviet Union to a more cooperative relationship with Russia.

NASA’s plans to return humans to the surface of the moon within 10 years got a chilly reception from an advisory group Nov. 15, who called on the agency to accelerate that timeframe and reconsider development of the Gateway facility in lunar orbit. 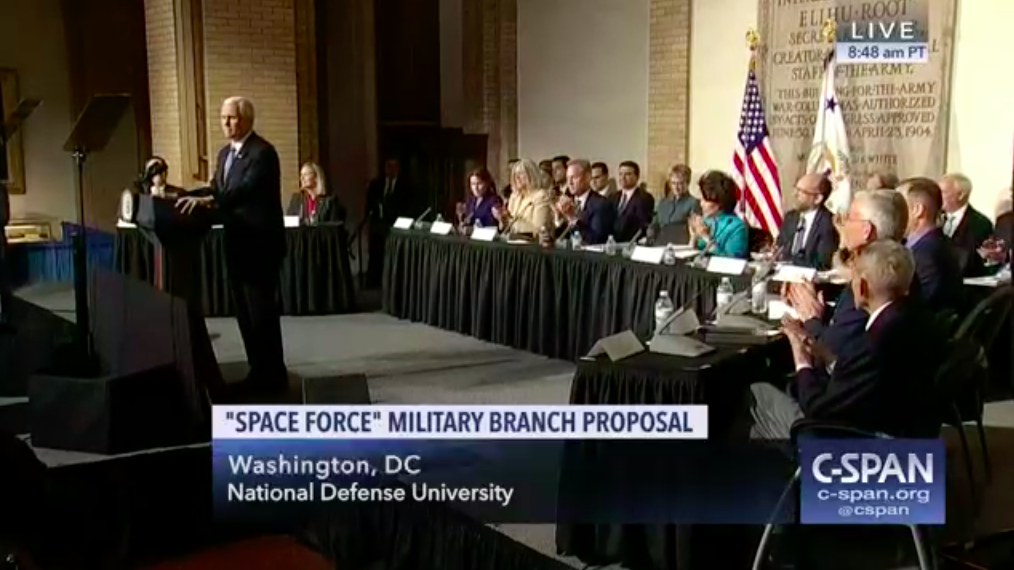 Trump is determined to make the new military branch a reality, Pence said. “He asks me about the Space Force every week.”

The status of proposals to create a separate branch of the U.S. military devoted to space will be the subject of the next meeting of the National Space Council on Oct. 23. 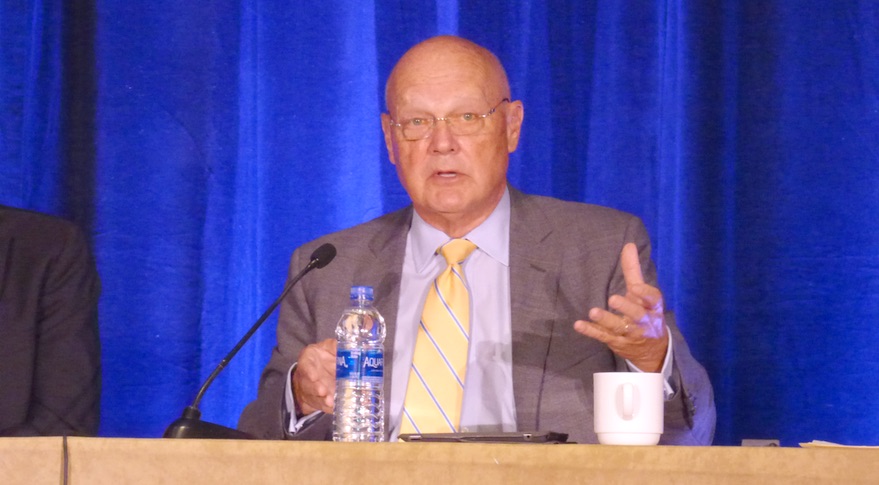 Three months after its inaugural meeting, the advisory group supporting the National Space Council is working to organize itself and identify topics for study while preparing for its next full meeting.