NASA announced Nov. 26 that it is interested in buying a seat on a future commercial mission to the International Space Station, the latest move in the agency’s broader low Earth orbit commercialization efforts.

In its third year, Space Tech Expo Europe is the continent’s major dedicated supply-chain and engineering event for manufacturing, design, test and engineering services for space…

As NASA releases a draft solicitation to support development of commercial space stations, a former agency administrator is calling on industry to step up its investment in and use of such facilities. 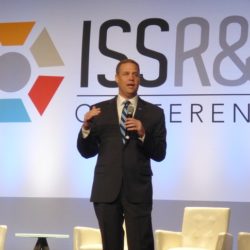 NASA Administrator Jim Bridenstine says he believes the agency’s new strategy for increasing commercial use of the ISS will lead to an “industrialization” of low Earth orbit, although experts warn it may take time for those markets to emerge.

A month after NASA rolled out a strategy to increase commercial use of the International Space Station, some in Congress are skeptical of the effort.

WASHINGTON — NASA issued a call for proposals for commercial modules that could be added to the International Space Station, although one industry executive warns that such facilities may not be as lucrative as NASA believes.

NASA unveiled a multi-pronged effort June 7 to increase commercial use of the International Space Station, from changes in policy to making a docking port available for commercial modules.

Companies encourage NASA to press ahead with LEO commercialization efforts

Companies interested in developing commercial space stations and related facilities in low Earth orbit are wondering if NASA’s support for such efforts havsbeen overshadowed by the agency’s rush back to the moon.