NASA’s Juno mission orbiting Jupiter is seeking a long-term extension that would allow the spacecraft to carry out new studies of the planet and some of its largest moons.

NASA announced Feb. 17 that it will keep its Juno spacecraft in a longer orbit around Jupiter than originally planned because of concerns with the spacecraft’s main engine.

As NASA’s Juno spacecraft prepares for another close approach to Jupiter, the agency expects to make a decision in February about when, or if, to perform a delayed maneuver to adjust its orbit.

As engineers continue to study an engine issue with NASA’s Juno spacecraft, the mission’s principal investigator said Dec. 13 that a problem that put the spacecraft into a safe mode in October was related to a problem handling data from one of the spacecraft’s instruments.

NASA’s Juno Jupiter orbiter, already dealing with a thruster problem that postponed a key maneuver, went into a safe mode hours before a close approach to the giant planet Oct. 19. 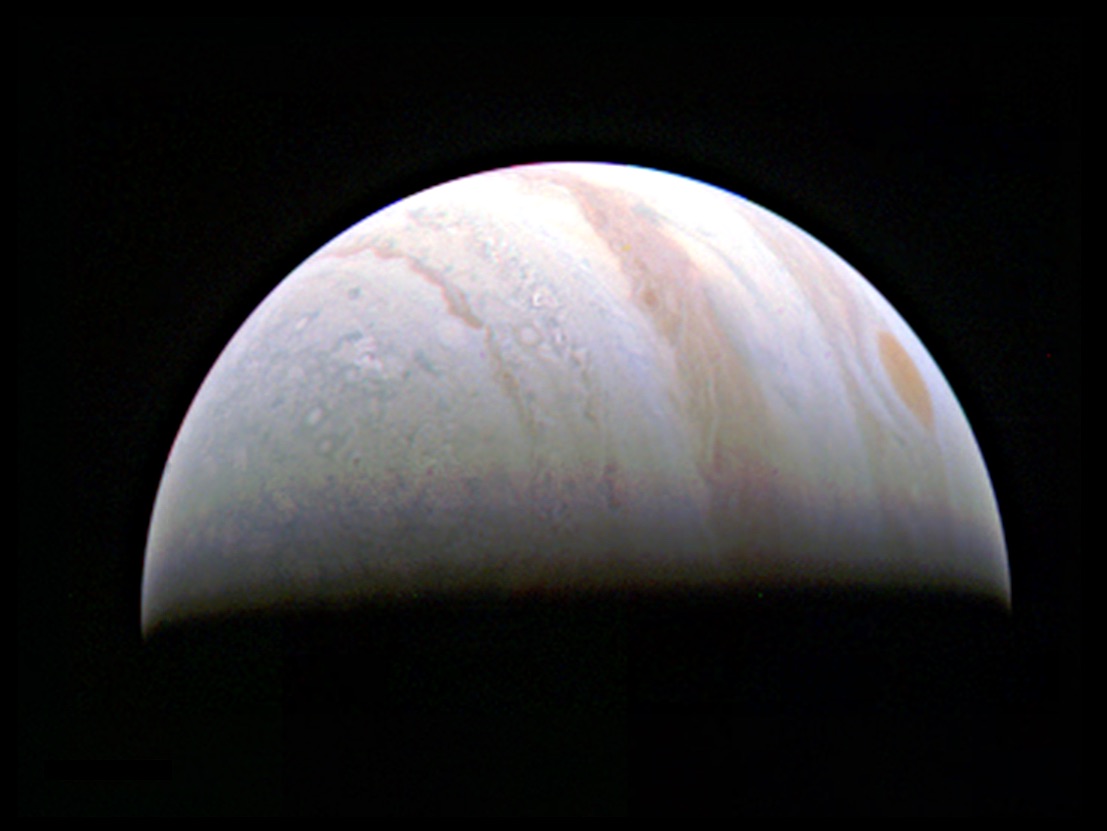 NASA’s Juno spacecraft, on a mission to study Jupiter’s interior and its magnetic field, successfully entered orbit around the planet Jupiter late July 4 after completing a critical maneuver.

Juno on track for July 4 arrival at Jupiter

NASA’s Juno spacecraft is set to enter orbit around Jupiter late July 4, project managers said June 30, as the agency also announced an unusual partnership with a major corporation to support public outreach related to the mission.