More than a year after selecting SpaceX to deliver cargo to the lunar Gateway, NASA has yet to formally start that contract as it performs a broader review of its Artemis program. 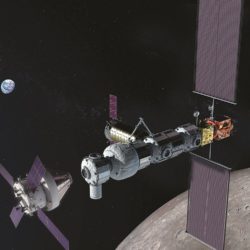 Five decades after Apollo, NASA — burdened with an old-school management culture — originally offered a linear, programmatic solution to its most recent White House mandate to return Americans sustainably to the moon. That was a mistake, but it need not be a fatal one.

NASA formally issued a call for proposals to provide cargo transportation services for its lunar Gateway Aug. 16, offering up to $7 billion in contracts to support operations of the human-tended facility.