The leaders of a NASA exoplanet mission are considering using a spare camera for a companion mission that would enable them to confirm existing discoveries and make new ones. 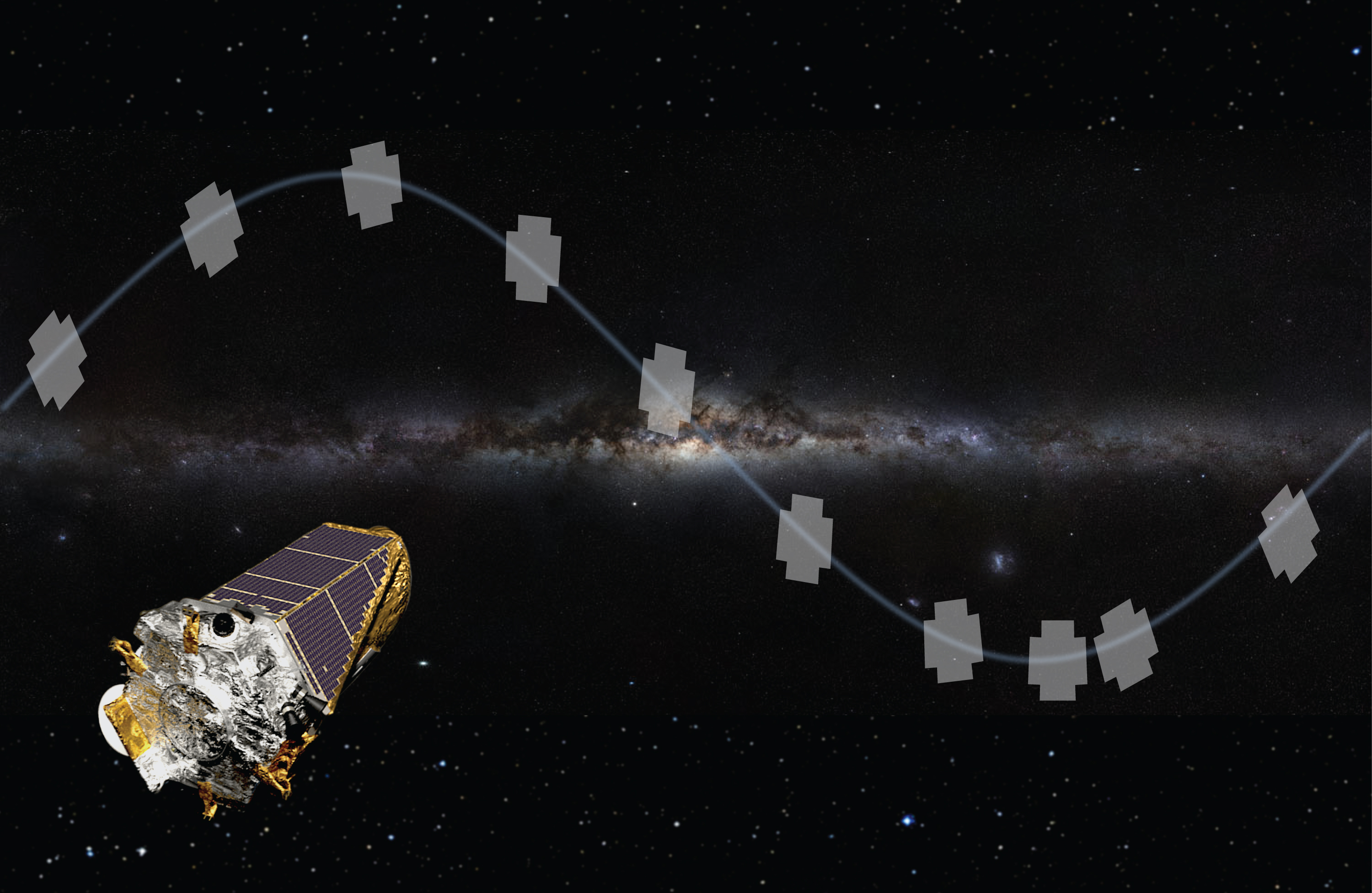 How much is it worth to answer one of humanity’s biggest questions? That’s a topic that astrophysicists, NASA and Congress will have to grapple with in the next few years.

A National Academies committee recommends that NASA pursue development of a large space telescope to search for potentially habitable exoplanets, but declined to choose a specific concept for such a mission. 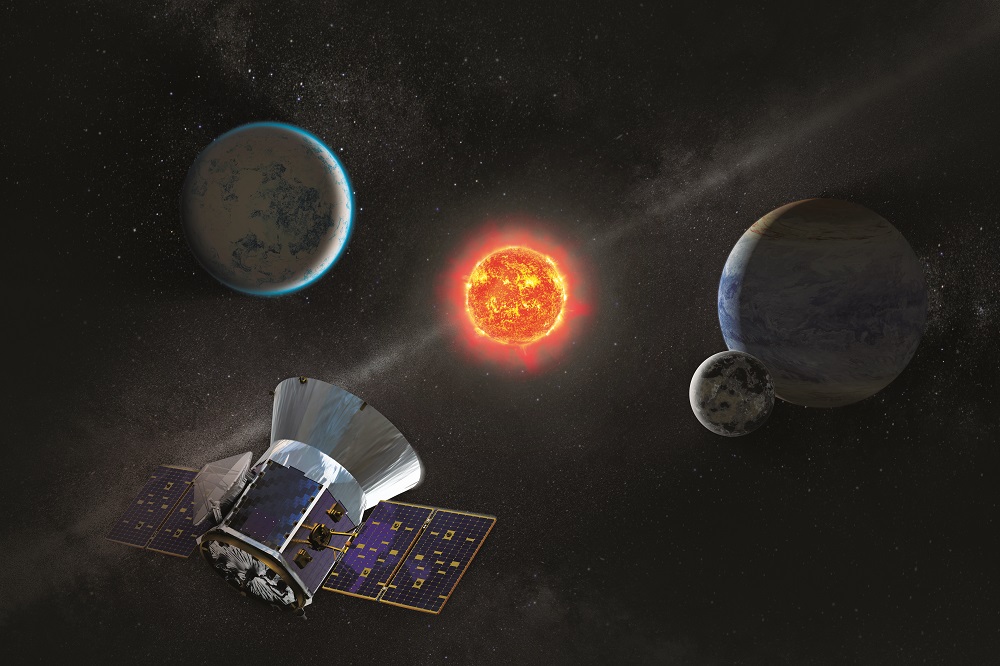 A changing of the guard in NASA’s hunt for exoplanets

As Kepler approaches the end of its life, NASA’s next mission to search for exoplanets is gearing up for launch. Technicians are completing final tests on the Transiting Exoplanet Survey Satellite (TESS), a NASA mission scheduled for launch this spring.

Scientists are confident a focus issue discovered last year with an upcoming NASA exoplanet mission won’t affect its ability to meet its goals. 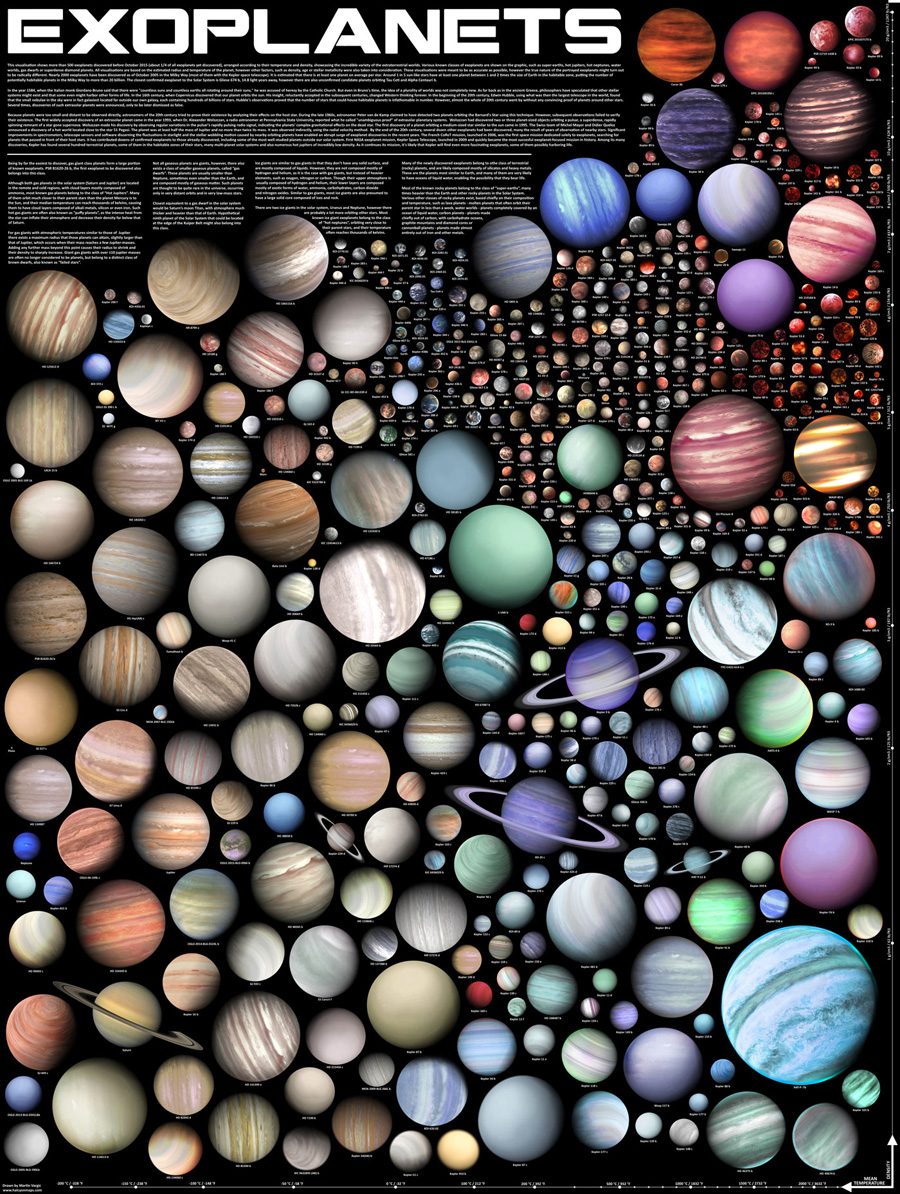 This stunning visualization by graphic designer Martin Vargic shows the more than 800 exoplanets astronomers have discovered prior to October 2015 arranged according to their temperature and density.