DirecTV’s Spaceway-1 satellite has been retired to a graveyard orbit 500 kilometers above the geostationary arc, eliminating the risk of the malfunctioning satellite exploding in an orbit populated by active satellites.

The battery malfunction that put DirecTV’s Spaceway-1 satellite at risk of exploding has a “very low likelihood” of occuring on other satellites, according to the satellite’s manufacturer, Boeing.

DirecTV is racing to move its Spaceway-1 satellite out of the geostationary arc after the 14-year-old satellite suffered a crippling battery malfunction that the company fears could cause it to explode. 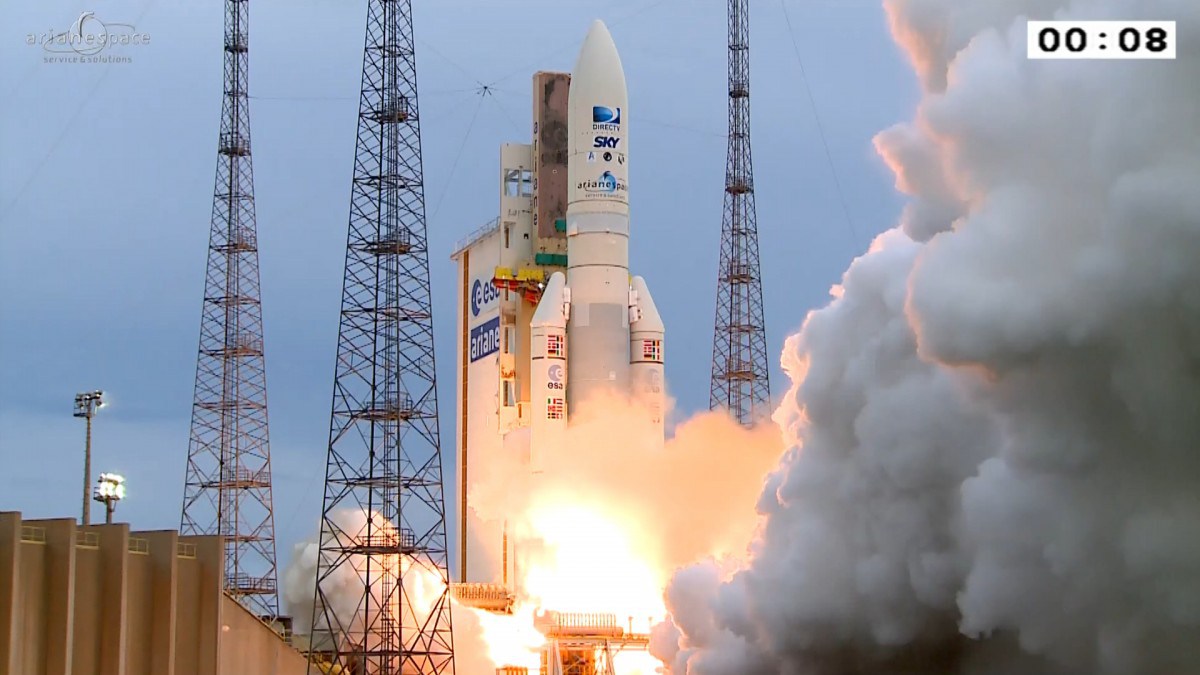 Europe’s Ariane 5 rocket on May 27 successfully delivered two direct-broadcast television satellites into transfer orbit for DirecTV in the vehicle’s 65th consecutive success and the second of six missions planned for 2015.