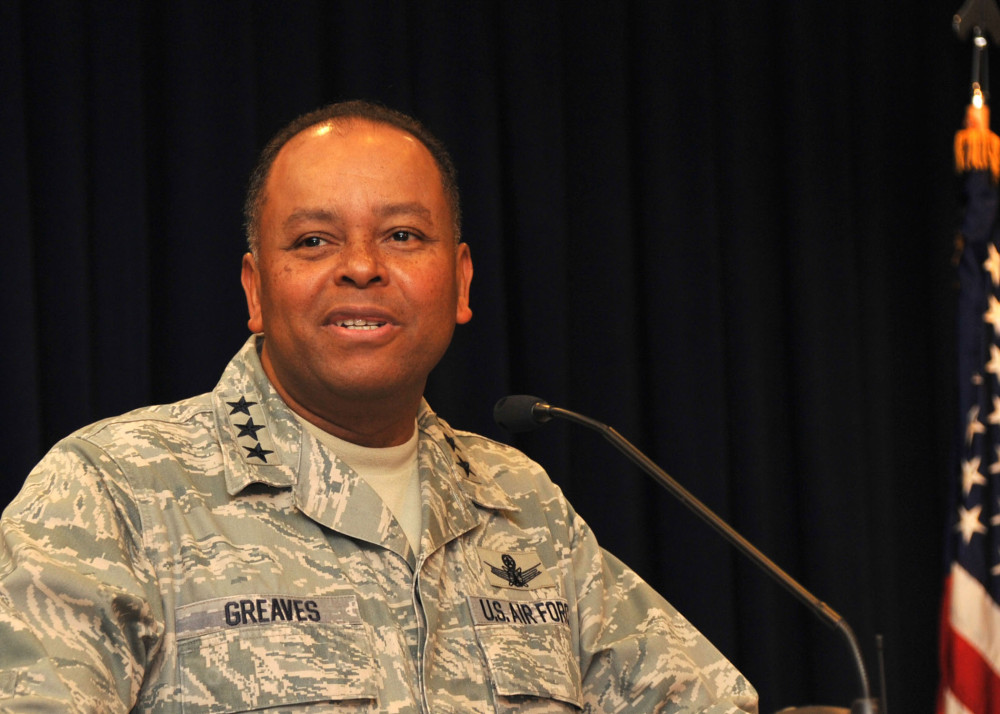 WASHINGTON – The U.S. Air Force’s latest attempt at finding new ways of buying bandwidth from commercial satellite operators is bogged down by legal questions, delaying the next step in a program aimed at helping the … 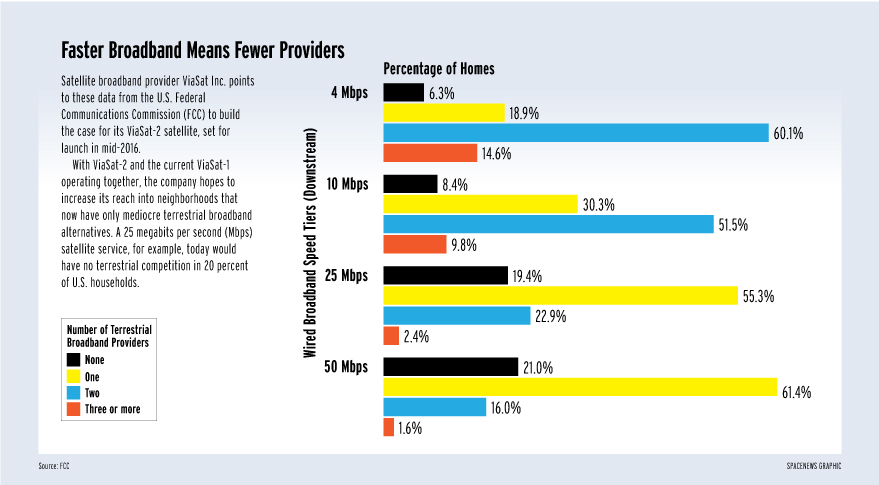 ViaSat outlined its strategy for penetrating more deeply into DSL- and cable-served areas once its ViaSat-2 satellite is in orbit, a strategy it has begun to test now in low-demand areas. 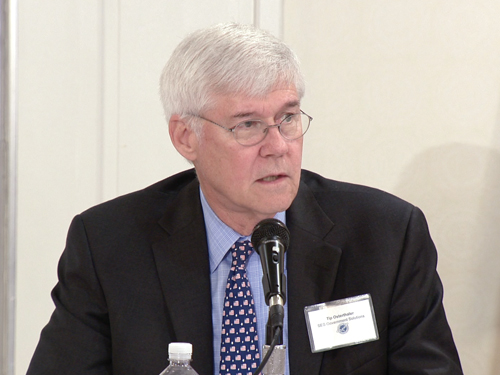 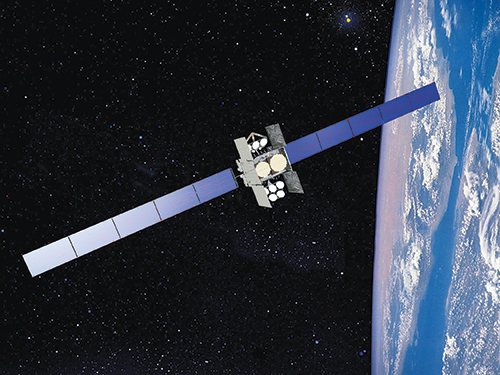 The study provides a counterpoint to the long-held position of commercial satellite operators that leasing is cheaper than buying.

Germany became the 10th EU nation to join EDA’s program to pool and share purchases of commercial satellite bandwidth for military and government use. 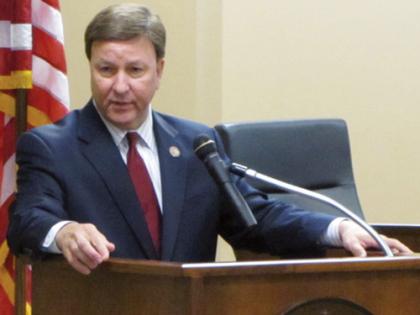 An internal U.S. Defense Department effort launched in early 2013 to reform the way it buys commercial satellite communication bandwidth appears to have stalled, even as key lawmakers continue to emphasize the need for change.

The race between signal compression, which enables transmission of ever-larger files using less bandwidth, and the demand for increased pixel richness and color usually alternates between tears of pain from broadcasters and tears from satellite bandwidth providers. 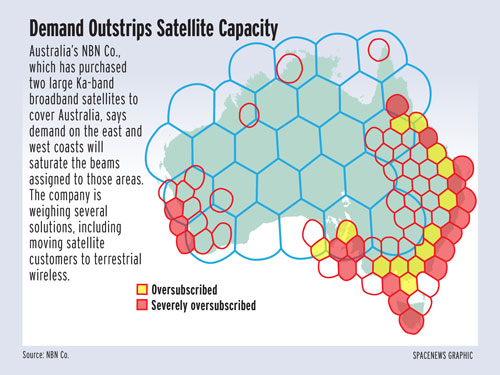 NBN Co. says it will incur substantial new costs as it moves customers scheduled for satellite service onto terrestrial wireless. 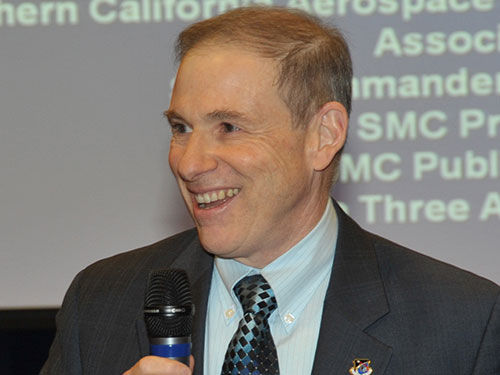 The U.S. Defense Department expects to fully extricate itself from that arrangement by May. 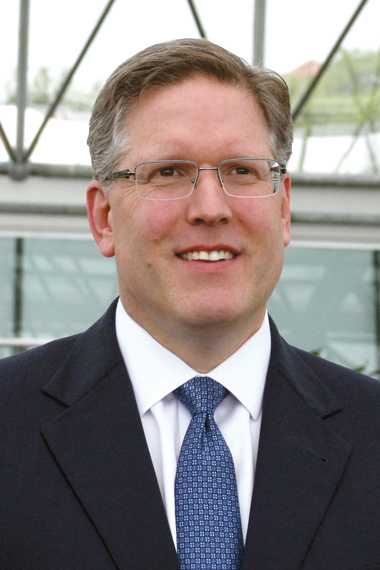 Intelsat said that with no new satellite capacity entering service until late this year, its performance in 2014 should be measured by an expected $400 million drop in its $15.2 billion debt load. 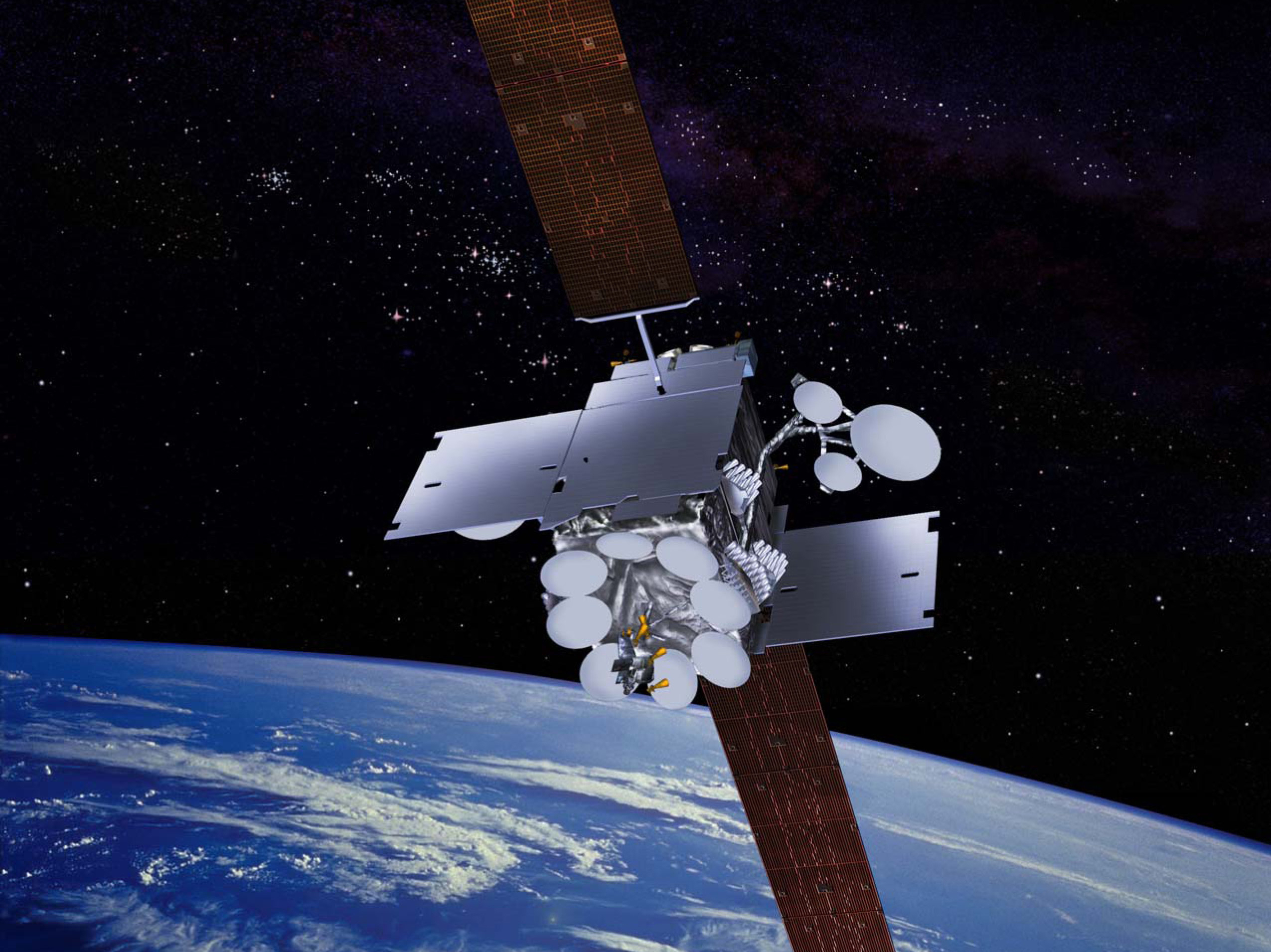 Intelsat General Corp. will provide Ku-band bandwidth for use by the U.S. Marine Corps as a subcontractor to one of its potential competitors under a broader satellite capacity purchasing program. 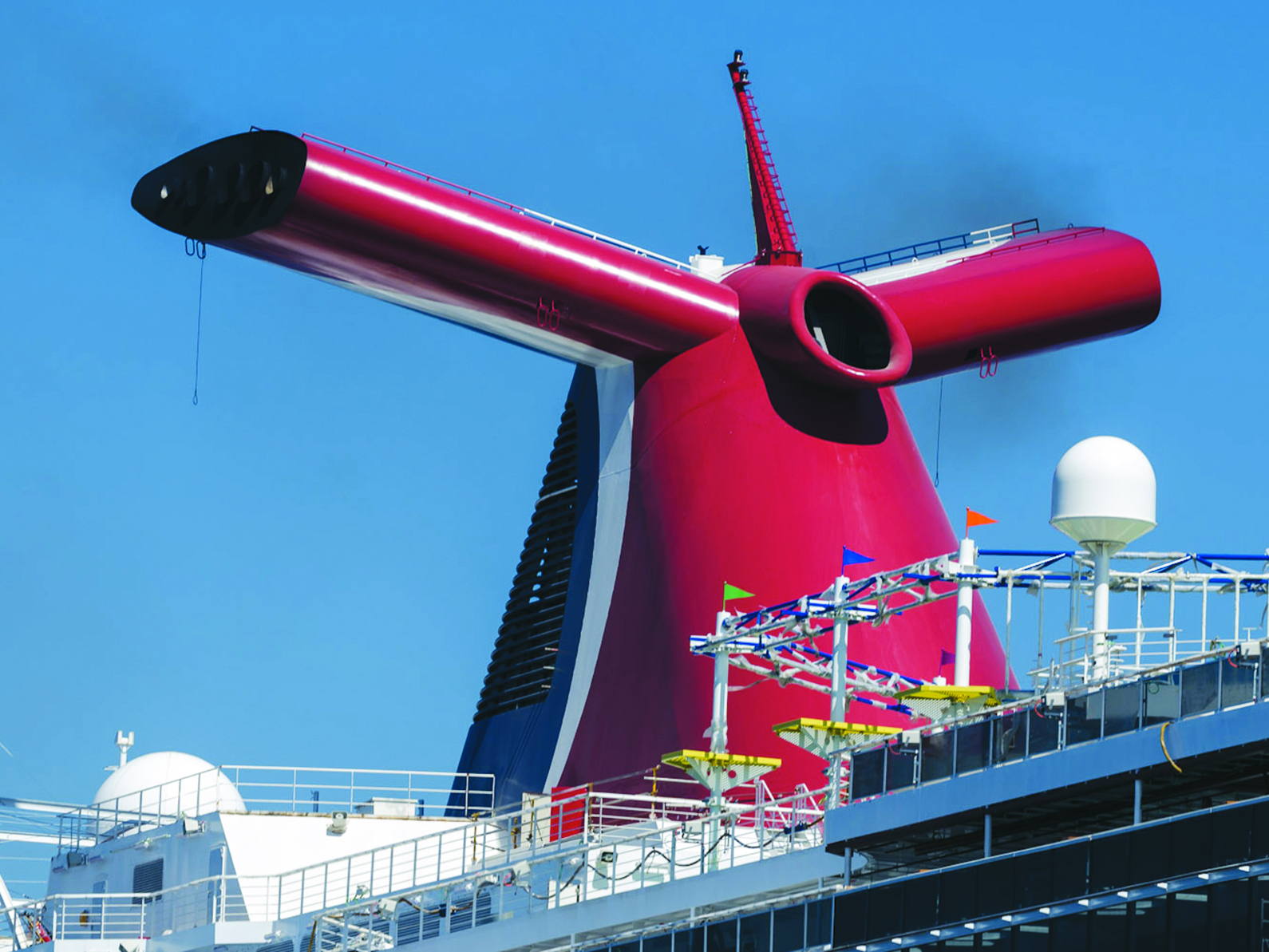 The cruise-line contracts position Harris in a high-growth commercial sector that contrasts with the sluggish growth in the company’s larger military business. 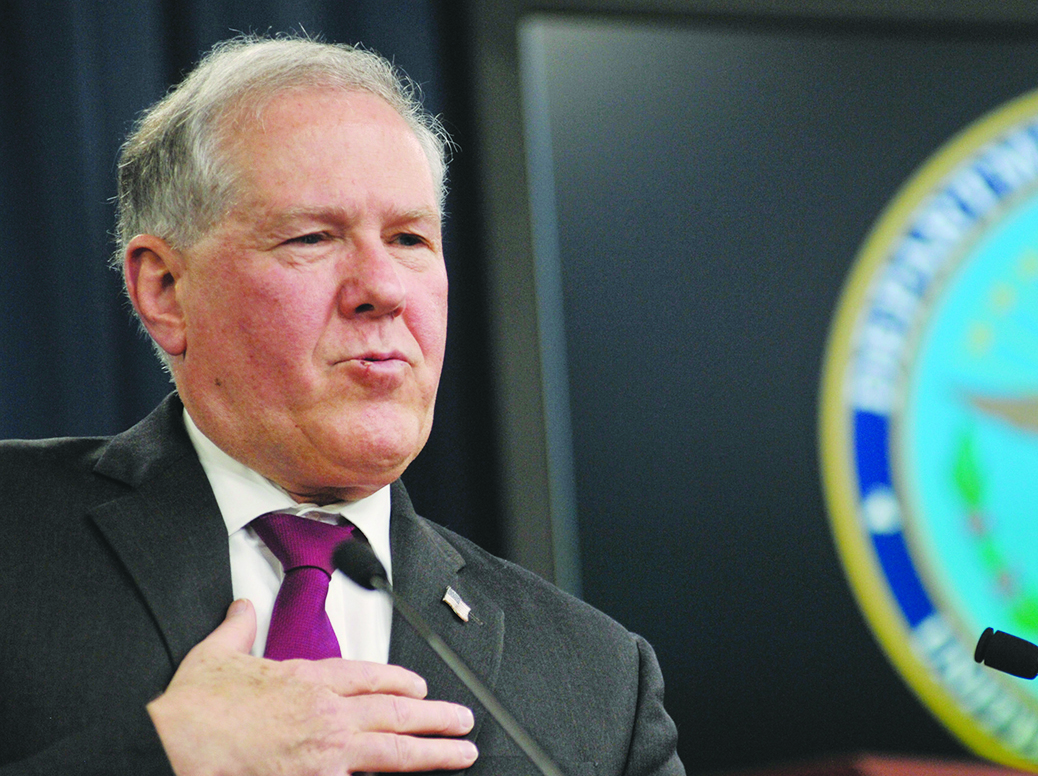 Industry executives have long pushed the DoD to change what they characterize as its inefficient bandwidth leasing practices, and at the time they viewed Kendall’s announcement as a swing of momentum in their favor.

The concern expressed by the Congress has to do with whether or not it is prudent to lease satellite bandwidth on platforms where the service might be cut off. 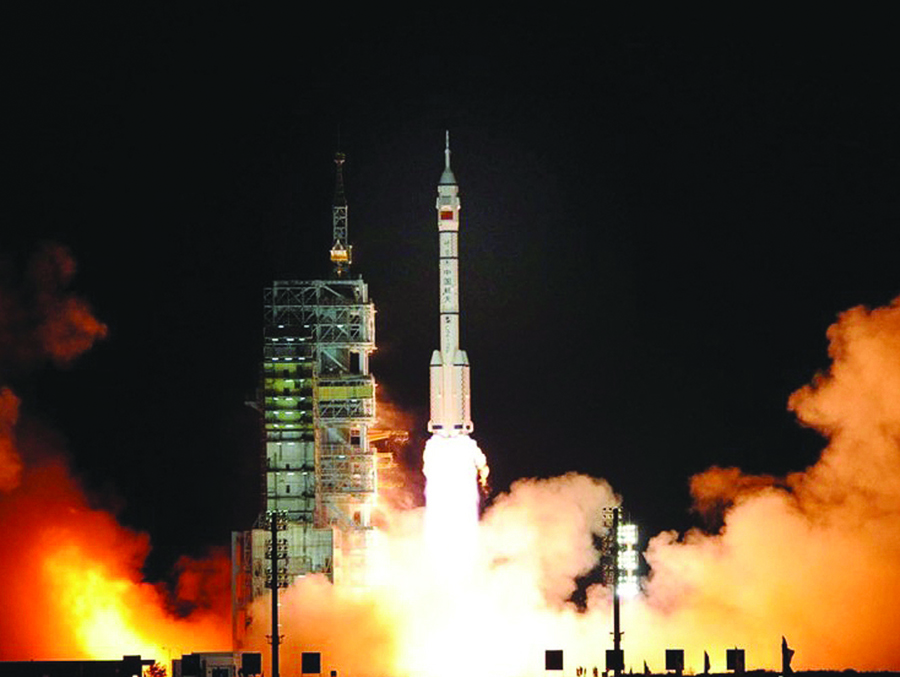 When it comes to commercial services, DoD is poorly positioned to choose its suppliers. 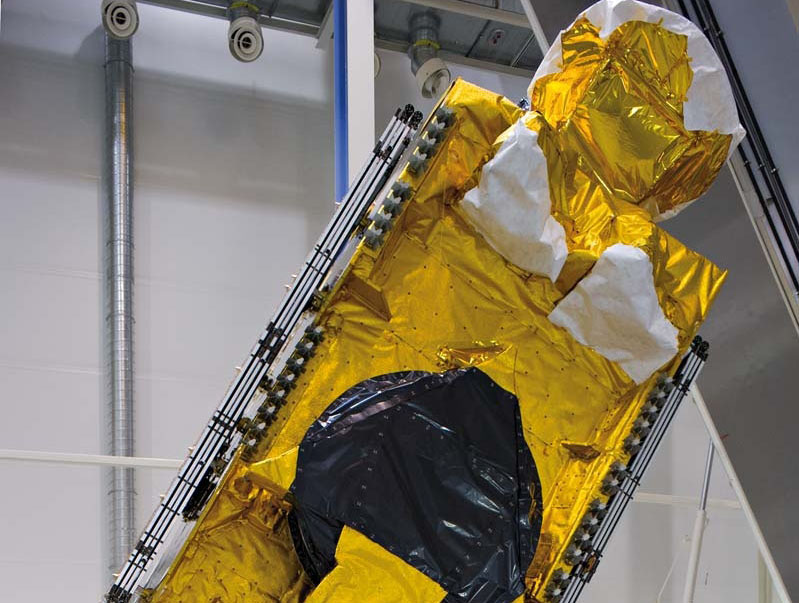 The U.S. military is leasing bandwidth aboard a Chinese-owned satellite for communications services in Africa, raising eyebrows in Congress and leading the Pentagon to review its procedures for vetting similar arrangements.

The Pentagon’s indirect lease of capacity aboard a Chinese-owned telecommunications satellite, which has drawn criticism from Capitol Hill, is a situation that could become commonplace absent reform in the way the military procures commercial satellite capacity. 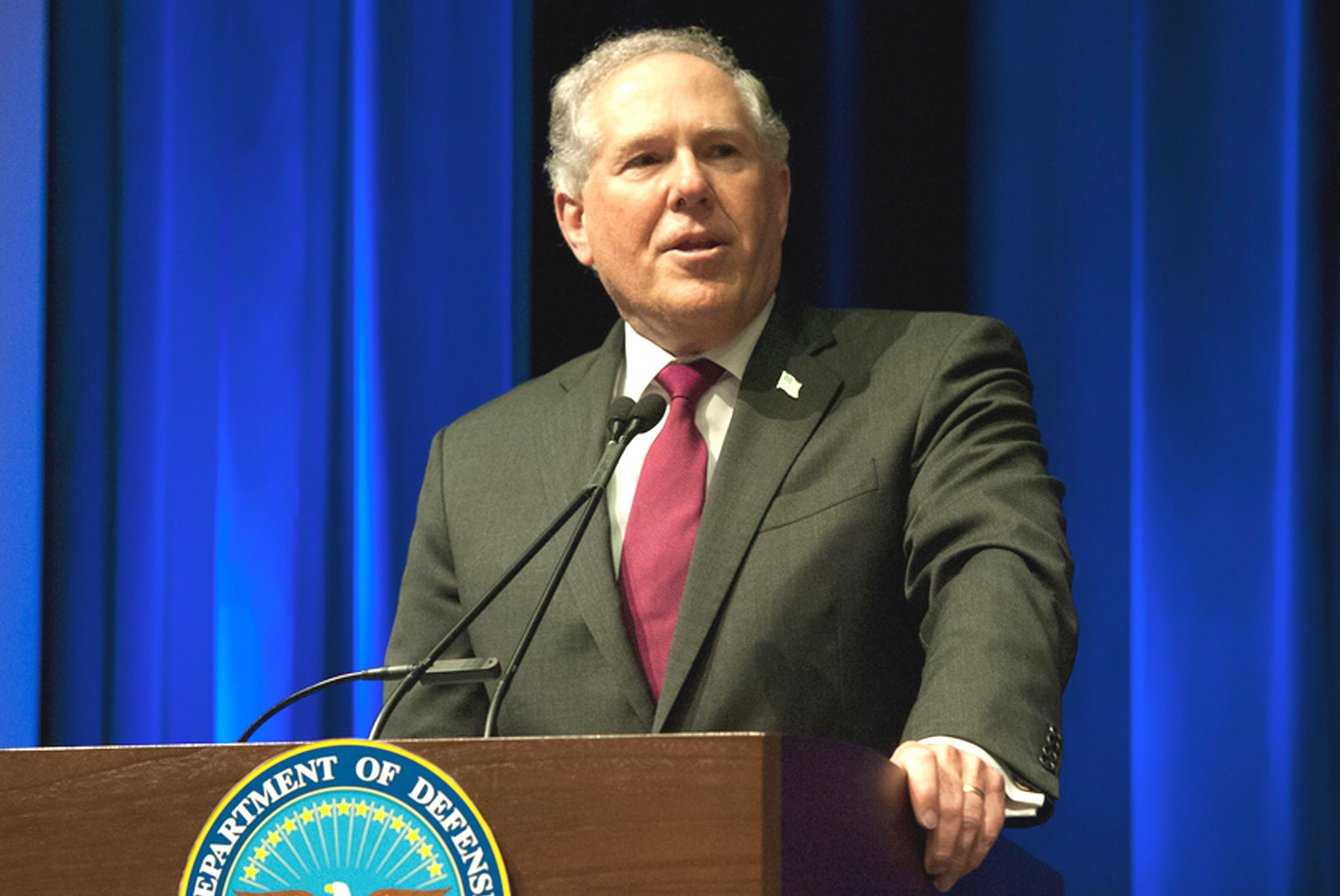