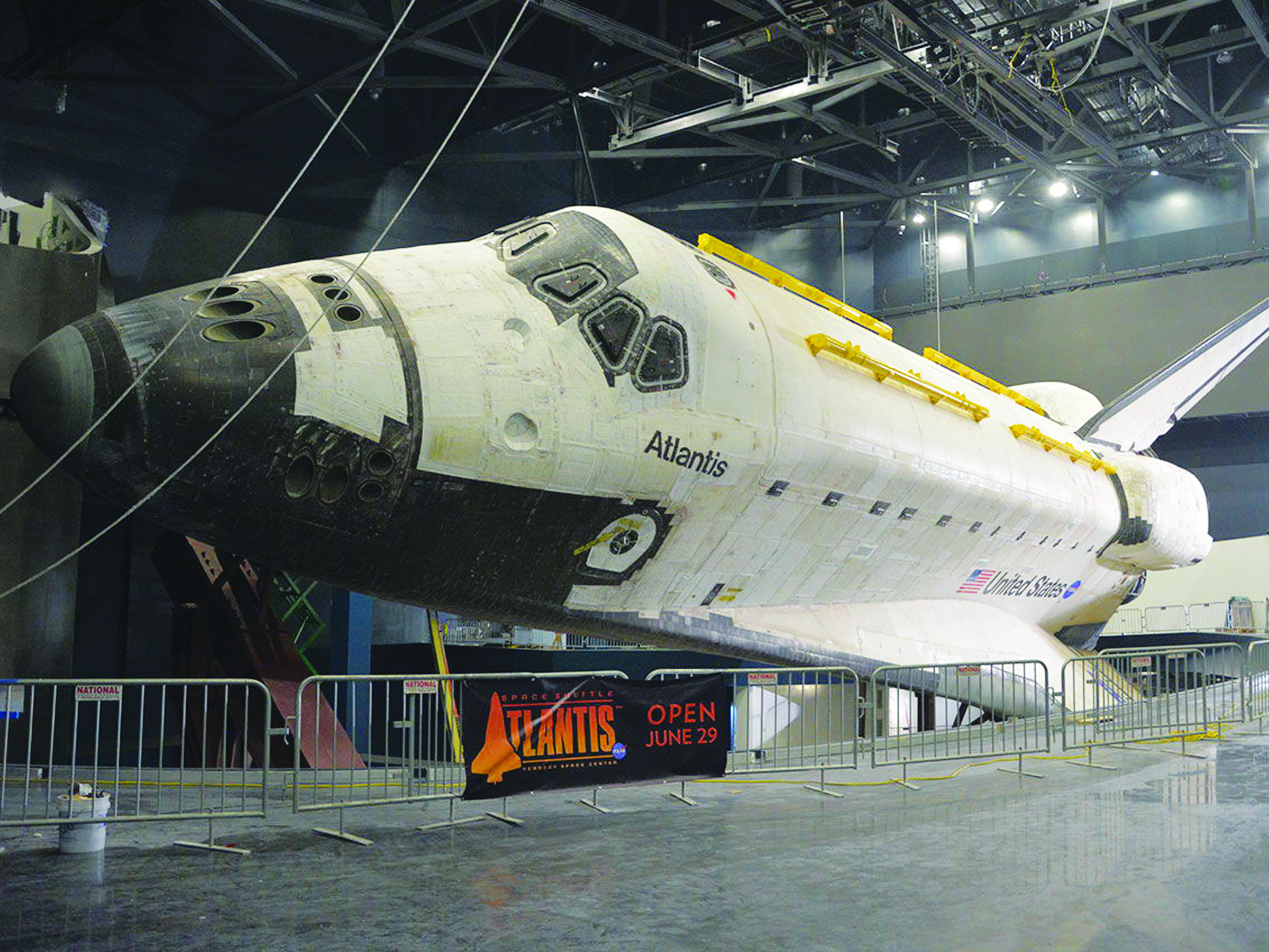 Space Shuttle Atlantis, which is set to go on public display June 29 at NASA’s Kennedy Space Center Visitor Complex in Florida, was fully revealed April 26 after workers spent two days peeling off its protective shrink-wrap cover of the past five months.

Telesat  said it expects to sign a contract for a satellite to replace the Telstar 12 spacecraft at 15 degrees west by August.

Space Shuttle Atlantis, the final orbiter to be retired, departed NASA’s Kennedy Space Center by road Nov 2 headed south for a signing ceremony. Atlantis was bound for the KSC Visitor Center to be permanently displayed in a $100 million exhi… 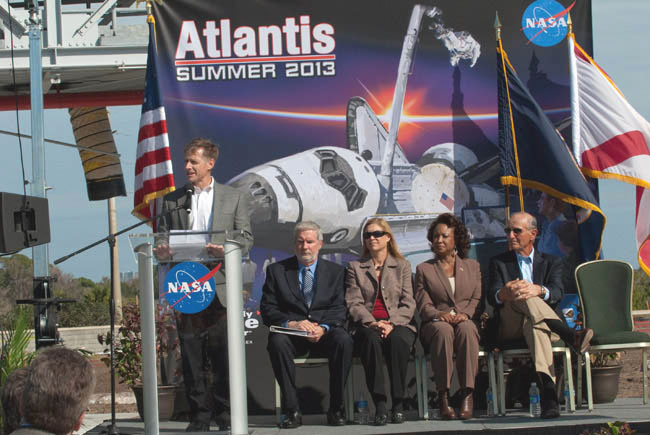 HOUSTON — The final astronaut to lead a space shuttle mission returned to his launch and landing site in Florida Jan. 18 to help break the ground for his spacecraft’s future public display. 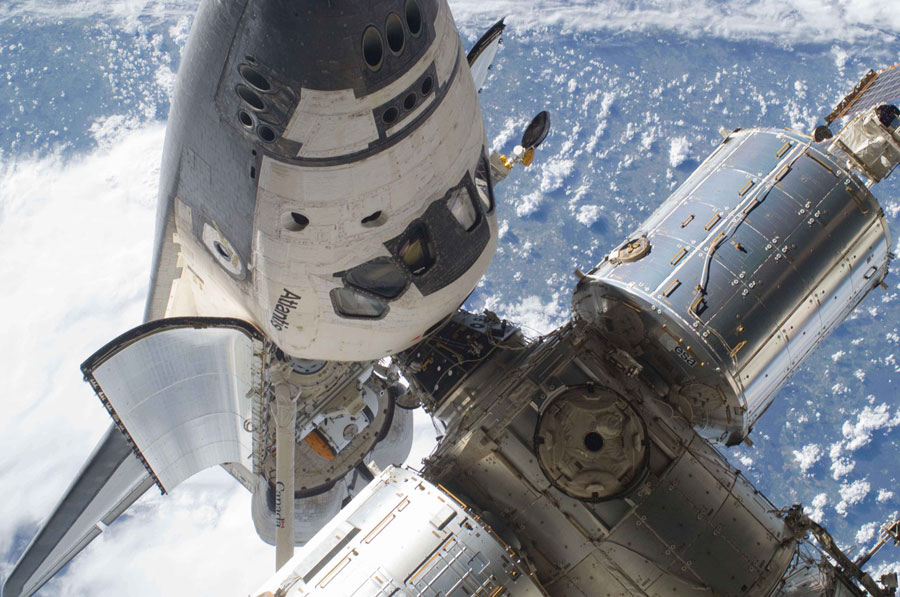 CAPE CANAVERAL, Fla. — The May 26 landing of NASA’s Space Shuttle Atlantis may have capped a successful mission slated to be the ship’s last trek to space, but the orbiter’s immediate future is not set in stone.

Space Shuttle Atlantis’ massive external tank was filled with super-cold liquid fuel June 15 to test upgrades that were made to the tank in advance of its scheduled liftoff next month. 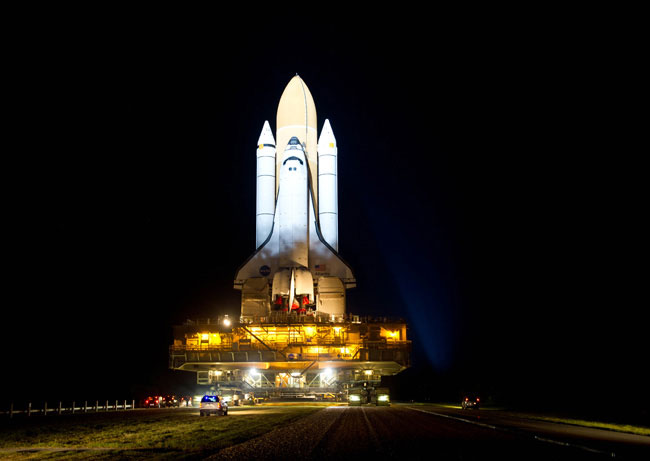 CAPE CANAVERAL, Fla. — With the safe landing of the Space Shuttle Endeavour after its final mission in space, NASA is another step closer to a looming deadline: the very last flight of the agency’s storied space shuttle program.

WASHINGTON — Space Shuttle Atlantis landed the morning of Nov. 27 at NASA’s Kennedy Space Center in Florida, capping an 11-day mission to the international space station that included three spacewalks and the installation of two external platforms laden with spare parts needed to keep the station up and running after the shuttles are retired. 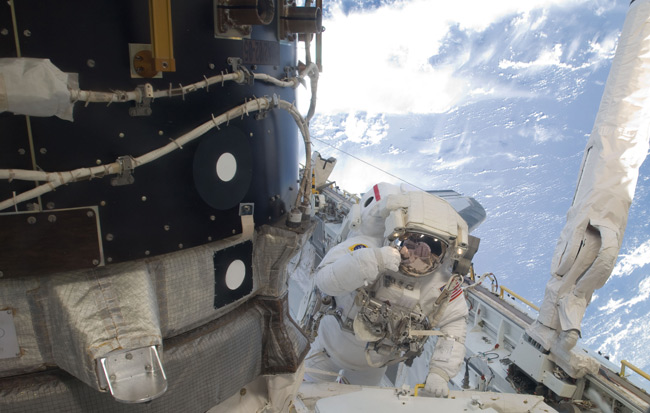 Space Shuttle Atlantis and its crew of six astronauts arrived at the international space station Nov. 18 to deliver a load of massive spare parts for the orbiting laboratory, an effort that NASA expects to add years to the station’s life once the space shuttle fleet is retired at the end of 2010.

NEW YORK -- After making the shuttle Atlantis the first orbiter to return to its launch pad in mid-rollback and then weathering tropical storm Ernesto with no problems, NASA will try again Sept. 6 to launch Atlantis and resume assembly of the international space station (ISS).

NEW YORK -- NASA engineers and mission managers are weighing their options on how best to fix thousands of hail dings in the foam-covered fuel tank of the Space Shuttle Atlantis.

NEW YORK -- The Space Shuttle Atlantis is back at the launch pad after more than two months of extensive fuel tank repairs as NASA primes the spacecraft for a June 8 launch towards the international space station (ISS).

CAPE CANAVERAL, Fla.-- Seven NASA astronauts and the shuttle Atlantis returned safely to Earth June 22 after a successful mission to boost the power grid aboard the international space station (ISS).

HOUSTON -- NASA officials opted to replace two bolts securing a vital antenna to the cargo bay aboard the shuttle Atlantis, though the swap should not impact the vehicle's planned Aug. 27 launch date.

WASHINGTON - NASA says a September launch of the Space Shuttle Atlantis is unlikely now that a week of intensive trouble-shooting failed to identify "any immediate easy fixes" to the foam-shedding problems seen during Discovery's return-to-flight mission.

Atlantis Crew Gearing Up for Their September Return to Flight

While NASA's Discovery astronauts prepare for the agency's first shuttle flight in more than two years, another orbiter crew also is training hard for its own launch -- now less than three months away.