by SpaceNews Editor — June 4, 2020
SpaceNews talked with the colonel leading AFRL's effort to keep the U.S. military "one step ahead in space" by fostering key enabling technologies.

The Air Force Research Laboratory’s Space Vehicles Directorate in New Mexico is one of 23 space-related organizations set to transfer to the U.S. Space Force under plans unveiled last month.

Col. Eric Felt, the Air Force officer who leads the Space Vehicles Directorate and its team of 1,000 military, civilian, and on-site contractors, talks with SpaceNews Staff Writer Sandra Erwin and Editor-in-Chief Brian Berger about the R&D  investments the directorate is making to help the U.S. military maintain a technological advantage in the space domain.

Also joining the conversation is Paul Jaffe, a U.S. Naval Research Laboratory engineer and principal investigator for a space-based solar power experiment flying on the X-37B autonomous spaceplane the Space Force launched May 17.

Jaffe discusses the experiment and what it could mean for future capabilities to harvest power from space.

Webinar Audience Polls: ROSA saves the day. Or does she?

During the webinar, audience members were asked to respond to two polls — one serious and one just for fun.

In the serious category,

a plurality of respondents said space situational awareness is the Space Vehicles Directorate’s mission area most deserving of additional resources. SSA barely edged out space-based intelligence, surveillance and reconnaissance (ISR), which garnered 30% of the vote. 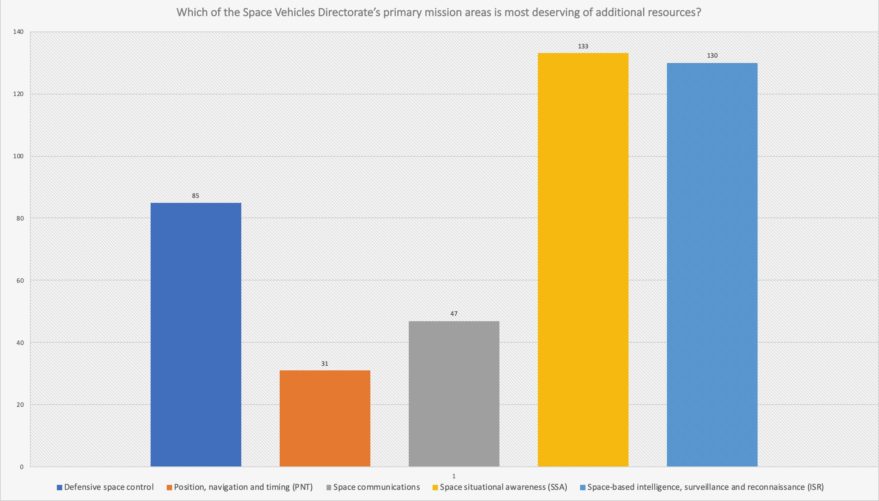 In the just-for-fun category, webinar attendees were ask to vote for one of three  AFRL-related story lines SpaceNews would like to see Netflix  develop for the second season of its farcical “Space Force” series.

The winner, with 49 percent of the vote, was:

The other two story lines were: 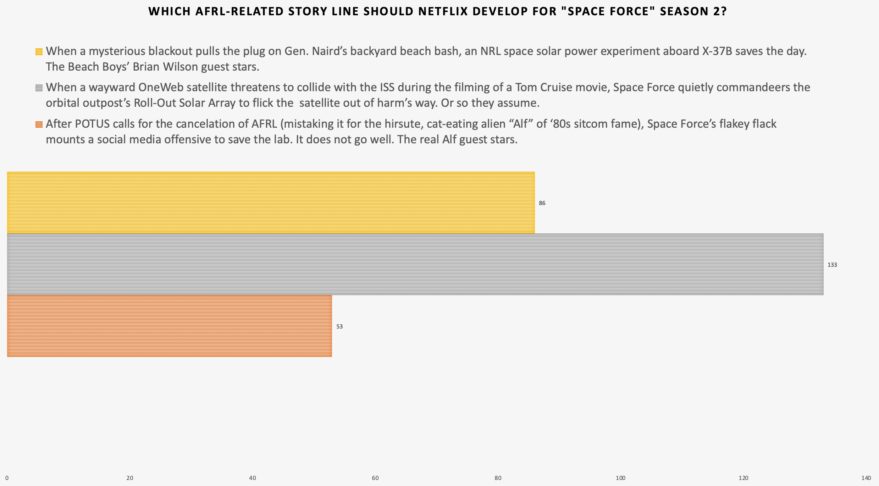