As part of our special coverage of the 34th Annual Small Satellite Conference, SpaceNews is doing daily webinars Aug. 3-6 to bring you live newsmaker interviews, panel discussions and reporter roundtables in order to help bring you the full SmallSat experience (minus the Aggie’s ice cream, unfortunately). 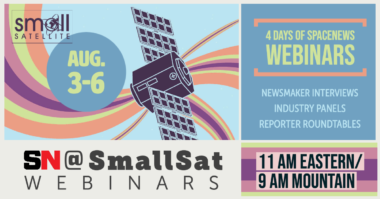 SpaceNews Senior Staff Writer Jeff Foust talks with executives of several launch companies about the state of the smallsat launch sector. Panelists include:

The webinar begins with a brief interview with SmallSat conference organizer Marianne Sidwell about how to get the most out of this year’s virtual Small Satellite Conference.

The session concludes with a SpaceNews reporter roundtable about what to expect in the week ahead. 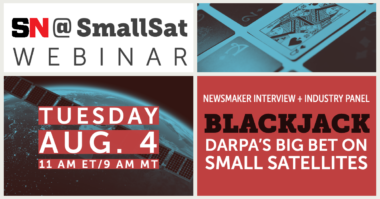 DARPA’s Blackjack program plans to build a network with as many as 20 satellites to demonstrate a proliferated LEO constellation that the U.S. military will use to communicate, share data and detect targets.

Forbes will be followed by an all-industry panel featuring executives from companies that are developing, producing and integrating technologies for the Blackjack program.

Among the questions this webinar will explore: 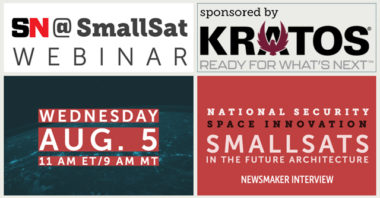 Innovation in National Security Space: Smallsats in the Future Architecture

The Space and Missile Systems Center, the technology arm of the U.S. Space Force, is where the next generation of military space systems are being designed and developed.

The webinar will explore the following topics:

The webinar concludes with a 15-minute SpaceNews reporters roundtable on key takeaways from this year’s Small Satellite Conference.