Op-ed | The ‘S’-word:  How Standards can Advance the Satellite Industry

by Stuart Daughtridge — December 9, 2021
The promise of digital transformation depends on interoperability 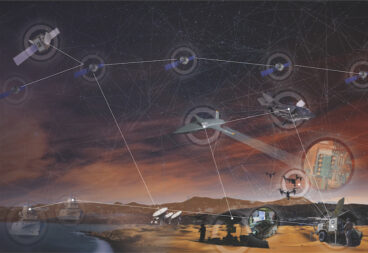 The topic of standards doesn’t sound exciting but consider the alternative. Without standards, that seamless wireless connectivity we expect wherever we go, whichever city we land in, wouldn’t be possible. Out of network? Sorry, out of luck.

Simply put, standards enable interoperability between systems and equipment so that technologies can work together. It is standards that have allowed the worlds of IT and telecom to move forward in unison. When the wireless industry needed to move beyond the limitations of 2G, it adopted 3GPP standards (3rd Generation Partnership Project), advancing to ever faster, more efficient 3G, 4G, and now 5G networks. By offering near-seamless connectivity to users as though through a single fabric, mobile broadband has flourished, becoming indispensable in our daily lives, in turn creating a rising tide that has lifted the telecom industry.

In comparison, standards have played a much more limited role in the satellite world’s more insular ecosystem, with our assortment of proprietary systems. But as the industry makes the leap forward and transitions from legacy analog hardware to digital software, standards will be essential for realizing true interoperability between satellites and the new ground infrastructures and, to better integrate with the global communications grid, an immense market where satellite holds a mere 1%.

To be clear, standards are not an end-all-be-all. The use of standards – or technology specifications – is best suited for addressing easy problems, such as interoperability between systems, not more difficult ones that benefit from continuous and competitive innovation.

So, where might the satellite industry go next in its prudent use of standards?

Getting onto the digital on-ramp

To enable the digital realm, there may be no more important place to start than the first step of digitizing analog radio signals for transport in an IP world.  With breakthroughs in sampling and digitizing satellite RF waveforms, known as ‘digital intermediate frequency’ or digital IF, this is less of a technical problem than one with too many solutions. If vendors apply proprietary approaches, the result would be a fragmented patchwork of incompatibility, with systems unable to pass data to one another. That wild west approach would defeat a key benefit of digital transformation, that not without irony, would lead back to the limitations posed with proprietary hardware.

That’s why the Digital Intermediate Frequency Interoperability (DIFI) Consortium formed recently as an independent satellite industry group to advance interoperability standards for the space industry. The DIFI Consortium, comprised of commercial and government organizations, established a simple, interoperable Digital IF/RF standard to accelerate industry transformation from L-Band IF to Digital IF, in an open approach that discourages vendor lock-in.

The standard is based on VITA 49, an established protocol for standardizing the format of digital IF radio signals. VITA 49 specifies how to convey all the information about the RF spectrum as seen by a radio at its antenna so that an RF signal in digital IF format can be sent and received over IP independent of vendor or equipment type. VITA-49 is a framework standard, which means it still leaves lots of room for different implementations. That’s why the consortium released its version 1.0 specification on top of it (and with the approval of the VITA group), to ensure interoperability. This minimum viable specification applies to the data plane only, to signal and context packets solely to ensure interoperability of IF/L-band.

The making of a ‘standard’

A specification becomes standard not by proclamation but through voluntary adoption; when it is simple, easy to implement, and appeals to the wide interests of the ecosystem. VITA 49, for example, is the only widely deployed digital IF standard in the satellite world.

The consortium formed as a member-driven group under the auspices of the Institute of Electrical and Electronics Engineers, the world’s largest organization for the advancement of technology. Representing a growing spectrum of commercial and military organizations, the consortium already includes an international collection of satellite operators, major modem and ground system vendors, ground-as-a-service providers, leaders in public cloud, as well as the U.S. Navy, Space Force,  Defense Information Systems Agency, and the Defense Department CIO office. In fact, the U.S. Army has already required use of the standard in a recent RFI, illustrating its pathway to adoption.

All these organizations have a collective interest in open digital transformation that allows RF systems to migrate from proprietary stovepipe architectures to interoperable multifunction ones. By standardizing on digital IF, they can modernize and transform their ground infrastructure, improving operations and lowering costs, with the assurance of transmit/receive compatibility between different vendor systems. Satellite operators, who are central to missions, will be able to design, build, operate, and evolve multi-vendor satellite networks and ground systems. And the military, which increasingly is leveraging commercial innovation, can trust that new digital satellite and ground capabilities will work with its own systems to support its goals of interoperability and resilience.

With the shift from hardware to software, standardizing on digital IF is an obvious starting point. It tackles an easy problem, resolving a key interface point between systems, which is an area where standards are ideally suited, without hindering progress on more difficult ones. In that way, makers of modems, digitizers, and similar products can easily adopt the standard, freeing them to focus on solving harder problems like network transport and failover, allowing them to still differentiate themselves.  There may be other areas where open standards make sense as the industry progresses. But, importantly, doing so in a way that drives growth of the industry, as 3G did for mobile, without impacting innovation.

A foothold in the broader world

Beyond the satellite ecosystem, there is also a tremendous opportunity to tie into the broader telecom world, a multi-trillion-dollar market dominated by terrestrial telecom, which owns 99% share. The IT and telecom industries moved on from proprietary standards years ago. They won’t change for satellite, so satellite must change with them. By plugging into established standards, satellite can integrate and become more like a node in the telecom network than an exception to it. Satellite could then grow from its 1% share to 2-3%, a doubling or tripling that would create a tremendous rising tide lifting the industry.

5G is a key example of a standard that can dramatically change how satellite integrates into the mainstream. This 3GPP specification was designed by the wireless industry to virtualize, automate and streamline service delivery, but 5G is about more than wireless; its architecture is designed to be a ‘network of networks’ that offer ubiquitous coverage, an ideal role satellite can play to augment terrestrial. In 5G, non-terrestrial networks such as satellite have been integrated for full interoperability within the end-to-end 5G network. This will allow satellite to move on from its niche standalone status to an integral part of the connected world.

Another example is MEF (formerly Metro Ethernet Forum). MEF specifications allow different network elements to be orchestrated and managed end-to-end across satellite and terrestrial networks. This would enable a teleport carrier plan, for example, to be managed more like an IP/Ethernet WAN network. Satellite ground network providers could transition from operating as independent islands to being part of a federation of virtualized networks that support dynamic services across multiple providers and satellite fleets.

These examples illustrate how standards can grease the wheels of interoperability so that advanced technologies can work together. Ultimately, however, the story is about users and customers who just want connectivity, who don’t care how traffic is routed, just that they have always-on, high-level service in today’s digital world. The judicious use of open standards can help the satellite industry grow both inside and outside its ecosystem, blurring the boundaries to offer more seamless, efficient connectivity around the world.

Stuart Daughtridge serves as director and chair of the DIFI Consortium. As vice president of advanced technology for Kratos, he leads Kratos’ ground segment technology initiatives, including the planning for the next generation of satellite ground technology.