Op-ed | A global model for tackling space sustainability and safety

For more than 50 years, near space has been viewed as a vast resource to exploit with few limits. In reality, near space is a very scarce resource. While international agreements such as the Outer Space Treaty and the Registration Convention take steps to protect this precious resource, no single global body is responsible for ensuring the long-term sustainability and safety of near space.

The current surge in the exploitation of outer space means that this lack of a global framework for space sustainability must be addressed immediately, or it will be too late; near space will be cluttered and unrecoverable. We are seeing increased use of near space for tourism and other business ventures and the deployment of megaconstellations comprising tens to hundreds of thousands of satellites. And this is just the start. Last month, we witnessed a Russian anti-satellite test that left portions of near space cluttered with orbital debris. Failure to implement a global framework with an enforcement mechanism for space sustainability could severely impact the ability to fully utilize the resource in the near future.

Today near space activities are subject to disparate space sustainability requirements, generally reliant on the requirements of the object’s launching state or conditions imposed by countries in which entities have market access. Some countries have developed well-crafted requirements for at least some space objects, but others have not. In addition, except for the items covered in existing treaties, like launching state liability, there is almost no harmonization on requirements, which further jeopardizes space sustainability.

The question then becomes, what is the appropriate structure for a space sustainability international organization? Several experts have been looking at leveraging existing bodies such as the UN Committee on the Peaceful Uses of Outer Space (COPUOUS), the International Telecommunication Union (ITU) or the International Civil Aviation Organization (ICAO). These bodies have some expertise in these areas, however not one of these bodies has all the characteristics necessary for success. Creating a space sustainability organization that is purpose-fit for its mission is far more important than leveraging an existing body that falls short of the task for purposes of expediency. However, it may be wise to work with existing space treaties that have worked well and update them to create a regime for space sustainability.

A Call to Action

Space sustainability is critical to the world’s future on many levels — whether for economic, communications, public safety, climate, or myriad other reasons. For years, we have taken a conservative approach to address these issues, but the world and technology have changed. Witness the launch of over 1,400 objects — the most ever — in the last nine months alone. We must act today to create a global body that is purpose-fit for addressing the many space sustainability and safety issues we are facing — and will face in the future.

The best way to do this is to create a new body that meets these challenges as soon as possible. With a June 2022 COPUOUS meeting upcoming, I urge my colleagues around the world to begin these important discussions and to work toward updating the appropriate space treaty to create this important framework and organization to advance the safety and sustainability of the near-Earth orbit.

Jennifer A. Manner is senior vice president for regulatory affairs at EchoStar/Hughes. The views reflected in this article are those of the author and do not necessarily reflect the views of Echostar/Hughes. 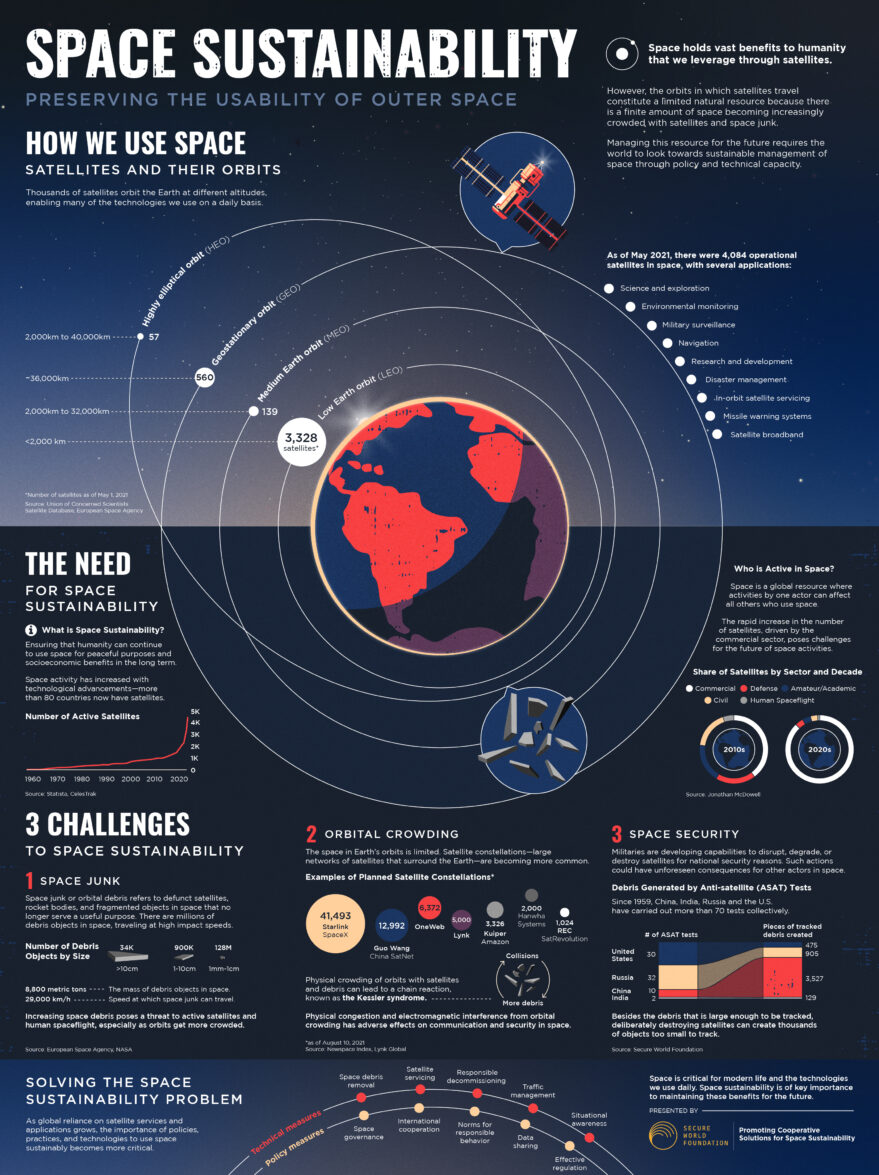