Our portfolio is moving beyond traditional space communication, earth observation and positioning services. Today, we are focusing on the operational management of complex missions. On the one hand, we seek to ensure the safety of those who operate in space, through Space Domain Awareness services. On the other, our primary areas of interest include services supporting space exploration and settlements on other celestial bodies. These we intend to develop, starting from experiences gained over decades in Earth-oriented missions.

When you speak about settlements on other celestial bodies, you are obviously referring to the Moon.

The Moon is certainly the closest target. Through ESA’s Moonlight project, we are currently heading one of the two European consortia that are defining the characteristics of a constellation capable of providing telecommunication and navigation services on the lunar surface. Moreover, through the Italian Space Agency we are also liaising with NASA for the Artemis programme. In this area we hope to play an important role as service provider, along with an industrial role supplying and managing the relevant infrastructure on Earth.

What is the impact of a project like Moonlight on the so-called Lunar Economy?

It is highly unlikely for the Lunar economy to develop without the ability to communicate effectively with Earth and on the lunar surface; without a navigation system that can guide astronauts and rovers; without a positioning system to direct mining activities. Projects such as the one we are working on with our partners are a prerequisite in this respect. 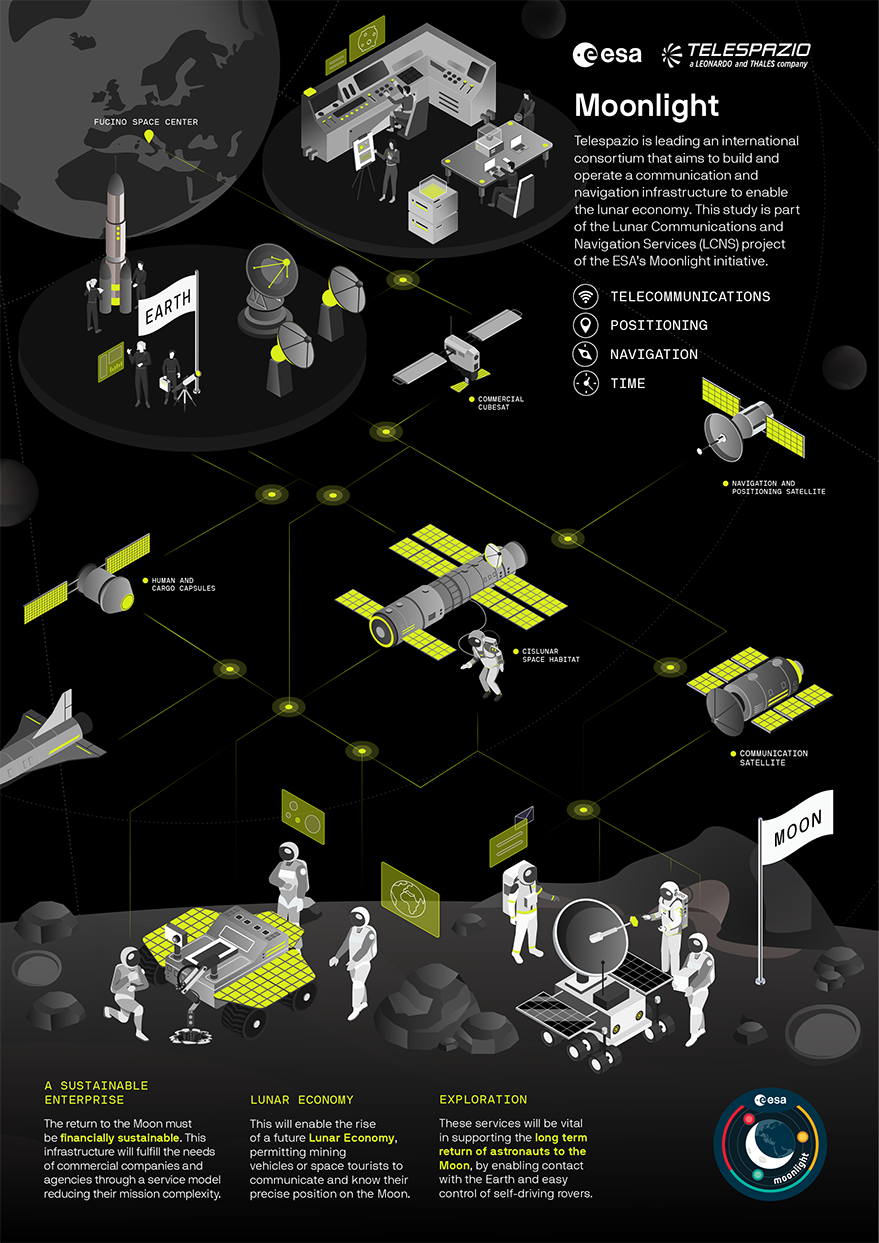 One of your partners is the British Inmarsat. In July, at the Farnborough International Airshow, Telespazio and Inmarsat signed a new deal involving the Moon. What is it about?

The agreement details the services that Telespazio and Inmarsat intend to offer together as the main operators of communication and navigation services for lunar missions under the Moonlight project. This agreement not only consolidates a long-standing partnership between two major companies in the space sector, but also underscores the common aim of developing lunar exploration support services shared by Italy and the United Kingdom, both represented at the signature event by representatives of their national space agencies.

Setting the Moon aside, what other projects are you aiming for in the next few years?

We are already working to contribute to the creation of a new European constellation for secure communications, as well as to the commercial development of the new private space stations that will be deployed in the next few years and eventually replace the ISS by the end of the decade.

In addition, by leveraging our operational expertise and the use of AI technologies for the in-orbit management of various satellite structures, we are preparing to take part in the “In-Orbit Servicing” race, with an industrial role based on the use of our ground infrastructure and our operations expertise, and a role as service provider, matching market supply and demand.

Projects like the ones you’ve described require considerable skills and a constant ability to innovate. What’s your approach?

We believe that open innovation is key. It doesn’t matter how big a company is. No one can be truly self-sufficient, especially in a scenario where the barriers between individual sectors (space, digital, IT, economic, financial, legal) look set to become more and more blurred and finally disappear. Space research inevitably requires a collaborative, multidisciplinary approach, and there are always many players involved. The result obviously depends on how much a company is willing to invest in this field, on the role it wishes to play, and on the tools adopted to pursue technology and business strategies.

Can you give us an example of a multidisciplinary approach?

The Telespazio group is leveraging digitisation and hybrid clouds to make its data and geoinformation services increasingly accessible to non-space users through its portals and marketplaces (for example, see I*Star and CLEOS). This certainly helps to reduce the barriers between industrial sectors that were originally very distant, thus improving the development of clear business synergies.

We work regularly with prestigious international universities and leading research centres. We also participate in incubators to support the growth of innovative start-ups. Finally, in 2019 we launched the Telespazio Technology Contest (#T-TeC).

What is it about?

It is a Telespazio initiative, with the strong support of our stakeholder Leonardo, to promote technological development and innovation in the space industry among the younger generations, making the most of their ideas and insights and working with them to imagine the technologies that will make a mark on our future. The contest is currently open and the teams taking part in the 2022 edition will focus on six macro topics closely related to sustainability in space and on Earth: “Space and Extraterrestrial Exploration”; “In Orbit Servicing towards a Circular Economy in Space”; “GeoInformation Applications and Platforms for a sustainable Earth”; “Space Domain Awareness for the Protection of Space and Ground Infrastructures”; “Secure and Resilient Communications with future technologies”; “Positioning, Navigation and Timing Infrastructures and Solutions for Earth and other celestial bodies”.

What prizes do the winners receive?

The big news this year is that, in addition to cash prizes, we will offer the top-ranking team an acceleration programme to develop the winning project within Leonardo’s Business Innovation Factory.  The awards ceremony will take place at the 15th European Space Conference, to be held in Brussels in January 2023. 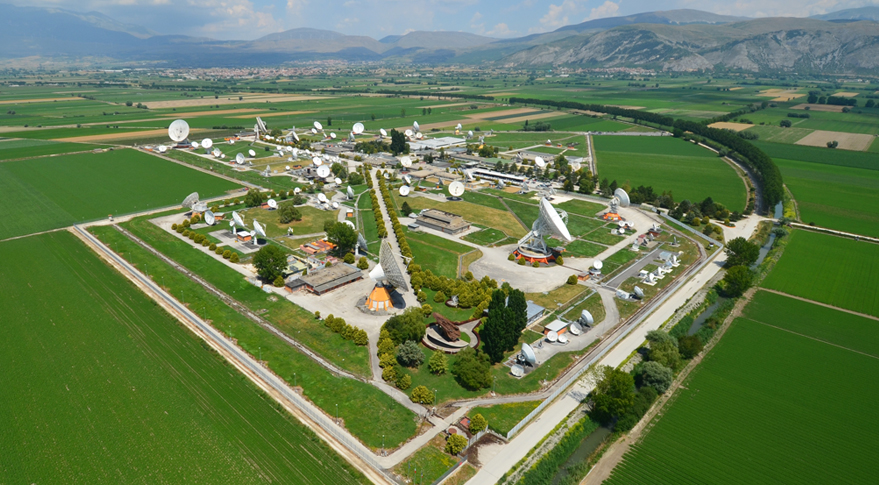 Telespazio Company Profile
Telespazio, a Leonardo and Thales 67/33 joint venture, is one of the world’s leading operators in satellite services. Its activities range from the design and development of space systems to the management of launch services, from in-orbit satellite control to Earth observation, from integrated communications, satellite navigation and localisation services to scientific programmes. Telespazio plays a leading role in the reference markets harnessing technological experience acquired over the years. Since its establishment, the company has participated in major European space programmes such as Galileo, EGNOS, Copernicus and COSMO-SkyMed. In 2021, Telespazio generated sales of EUR 605 million while employing more than 3,000 people in fifteen different countries. The company teams up with Thales Alenia Space to form the parent companies’ Space Alliance, a strategic partnership which offers a complete range of space services.