Join us at the World Satellite Business Week

The satellite industry was already experiencing a transition before COVID. Of the pandemic’s short to medium consequences, one of its biggest impacts has been accelerating the transition towards more efficient, capable solutions in the context of intense competition and growing uncertainty.

From December 13th to 16th Euroconsult will host the World Satellite Business Week in Paris, 822 days after the last one. This month’s conference will not only be the first on-site edition since the pandemic arrived, but will also be the first truly global executive event bringing together decision makers from all around the world to network, share knowledge and build partnerships in a safe environment (new and reinforced covid measures implemented), for a quality event.

The satellite sector no longer revolves around the axis of New Space entrants challenging established legacy players. Instead, it has now shifted towards speed, and the ability to rapidly go to market. New Space is no longer the driving force in the industry. It’s all about Fast Space now. Space industry used to be a slow train its now an high speed one, don’t miss it, get on board and join the WSBW. Next stop Paris ! (further possibility to access to the conference online too with the new augmented edition)

Under estimated resiliency to the Pandemic

Reactions to the pandemic varied from one segment of the value chain to another, depending on their exposure and the strategies applied by governments. However, despite the pandemic however, 2020 witnessed  the highest number of satellites ever launched and by the end of October 2021, this record had already been surpassed with 1,500 satellites launched. The latest edition of our satellite market intelligence report, dedicated to tracking and forecasting the satellites to be built and launched over the next ten years, contemplates the launch of close to 17,000 satellites within a decade.

The satellite manufacturing industry is no stranger to shortages of critical components impacting industries but careful management of the supply chain and adoption of non-space grade components for the shortest missions is now seen as a viable option to help mitigate this problem.

With regards to access to space, spaceports have experienced delays in their launch campaigns as a result of lockdowns or additional sanitary measures that had to be implemented in an effort to curtail the virus. Whilst the worst of such issues look to be behind us, the access to space industry concentrated 40% of 2020 fund raising highlighting investors’ willingness to fund a CAPEX intensive projects which transformed the market should they succeed in their development. 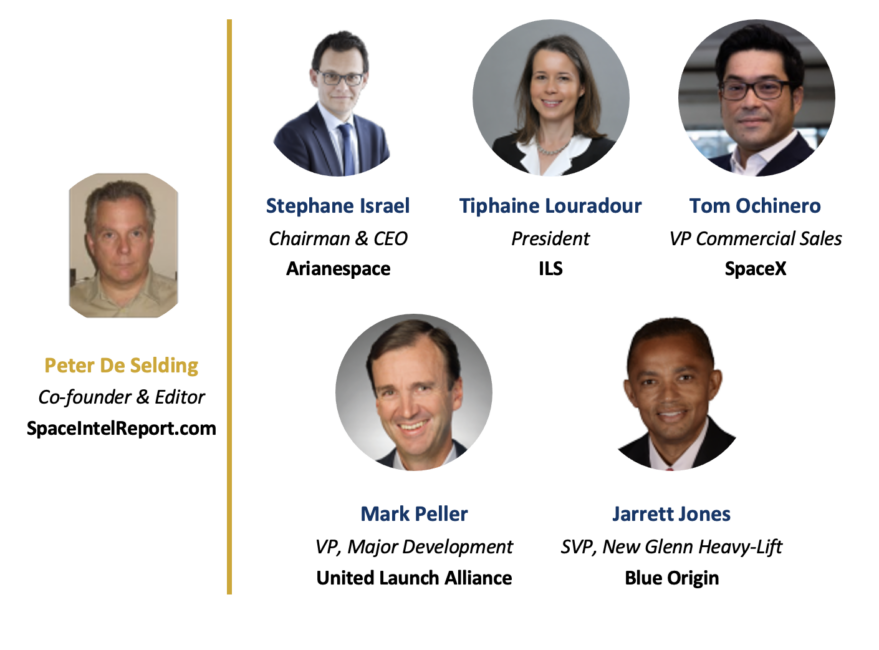 Time is accelerating in the satellite industry but, like the theory of relativity, it is unequally distributed along its segment of the value chain. Companies, especially start-ups with low or pre-revenue generation status, had to make difficult decisions in order to save funds. Even established businesses with more robust, proven revenue streams were adversely affected by the crisis, many suffering decreased revenues, coupled with the kind of market uncertainty and stress levels that unsurprisingly resulted in a handful of bankruptcies.

Nevertheless, a number of businesses, including OneWeb, GEE and Speedcast, have emerged from their Chapter 11 proceedings and received court approval to restructure their debts and are now back to business proving the solid elements of their business models and trust of investors in their market’s prospects

In 2021, most of the M&A were of vertical nature in number but horizontal transaction dwarfed them in value. By far, the recently announced Viasat-Inmarsat merger (pending regulatory approval) is the largest horizontal transaction of the year, such transaction more likely than ever to duplicate as operators see it as the only way to improve its overall return on investment. However, the structure of the industry might hinder such deals. The attempted buy out of Eutelsat by Patrick Drahi, the French telecom mogul also highlight investor’s interest in a context of ground and space network in the 5G ecosystem. We are witnessing early signs of the long-awaited industry consolidation in other segments of the value chain. Launch services providers and holding fueled smaller transactions seeking vertical integration and by acquiring subsystem specialists or satellite-focused companies to expand their space businesses.

Join us at the “Space business financing: the new rules” panel to learn more. 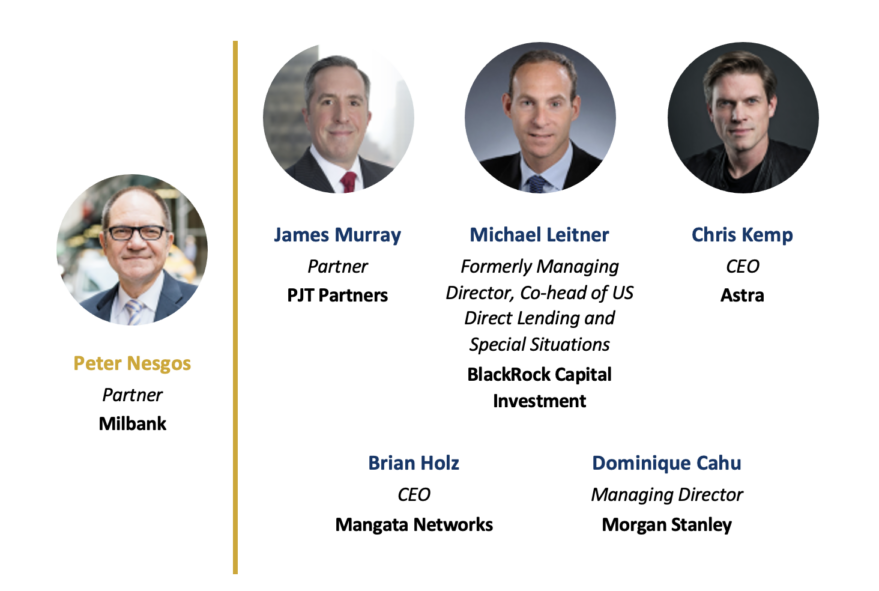 As the world prepares to emerge from the global pandemic, satellite based connectivity has accelerated its deep transformation driven by cost pressures and faster than expected demand recovery. Several leading operators and service providers have come through restructuring and/ or made acquisitions to optimize their operations. The multiple strategic partnerships involving Amazon, Microsoft, Google, and several satellite companies are harbingers of changes to come in an ecosystem moving towards a more data-centric business approach.

Join us at the “GSaaS’ enhanced value proposition” panel to learn more. 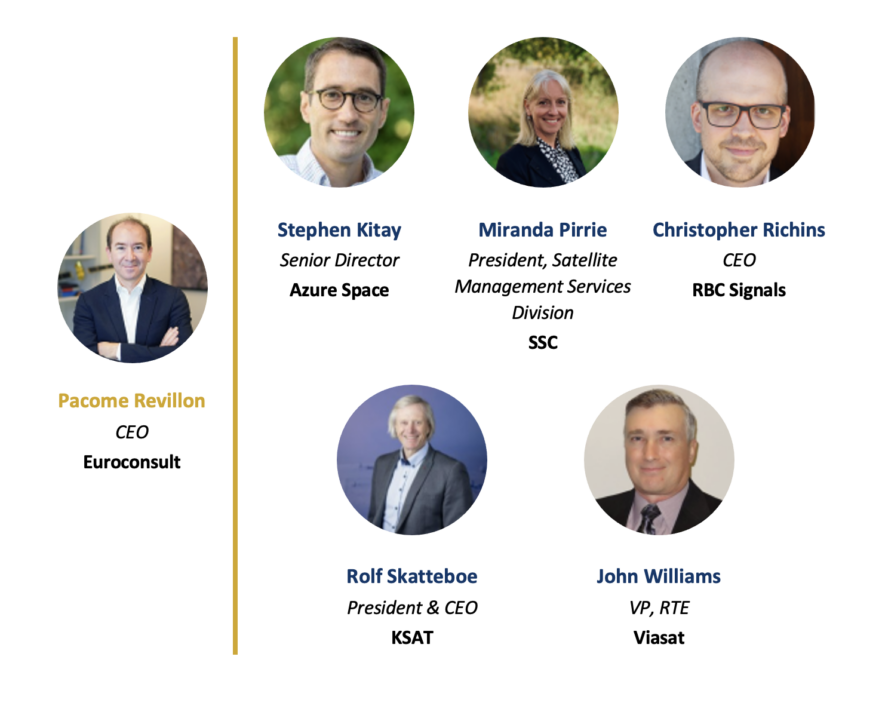 Non-Geostationary Satellite (NGSO) constellations have continued to gain ground, with more than 1,800 Starlinks and 360 Oneweb satellites now in orbit and will start global service next year. Several other constellations have reached regulatory or financial milestones, aiming for their first launch in the next two years.

Demand from the defense and intelligence community continues to support growth in Earth Observation, while increasing need also exists in the civil and commercial sector, although this area largely remains at a developmental stage. Adaptations in regulation and in procurement frameworks should contribute to increased industry growth, with current examples including the new procurement framework announced by the U.S. NRO and NOAA for the procurement of diversified types of data and solutions.

These developments, together with intense activity to build richer and more automated services supported by expanding ground segments and online platforms, should continue to support their progress. This is also further assisted by companies operating optical sensors, with Planet, Satellogic, and Blacksky being both the most advanced as well as funded.

Join us at the “New constellations capabilities & offerings” panel to learn more.

Euroconsult also monitors new value propositions under development with multispectral sensors aiming to add spectral diversity to differentiate against other optical offerings. The ability to monitor greenhouse gas emissions, methane and more, with companies like GHGsat, Bluefield, and Satlantis, enables a whole new set of insights to the commodities industry.

Join us at the “Tapping into new sensors: empowering detection and monitoring” panel to learn more.

Join us at the “SAR on the path to become mainstream?” panel to learn more.Beyond optical-multispectral, synthetic aperture radar (SAR) constellation projects have reached a sufficient level of maturity to address the commercial market, while also triggering governmental interest in what will be a key driver of this vertical. A diverse range of value propositions can be found in the radio signal business, for either maritime and aircraft tracking (Spire), monitoring of non-cooperative assets (Hawkeye 360, Unseenlabs), and better weather forecast (Tomorrow.Io). Thanks to its SPAC transaction, Spire has now reached a billion-dollar valuation.

A major trend in 2021, similarly to the previous year, has been a general increase in fundraising activities. This included mergers between SPACs and information businesses, including Planet, Spire Global, and Satellogic. Other companies, such as Hawkeye 360 and Unseenlabs have also successfully completed new financing rounds.

Despite this precarious context, the financing of space businesses has been extremely dynamic over the last 18 months. The promise of potential high value creation through disruptive concepts, combined with the large liquidity available to investors, have supported the raise of more than $7.6 billion. This record hides a concentration of the value around a handful of companies and, consequently for space start-ups, securing financing remains a challenge since investors are torn between a temptation to consolidate their position and the well-known ‘fear of missing out’.

While half of the fundraising benefited U.S. companies, several businesses in Europe and Asia, such as Xingyun, Isotropic and Isar Aerospace also raised significant funding. The relatively lower valuation of companies located outside the U.S. could result in a higher level of attention towards them, as suggested by the creation of several new venture capital funds in Europe, such as CosmiCapital, Alpine Ventures, and Primo Space Ventures, as well as the listing of Seraphim Capital on the stock exchange.

In parallel, strategic investors have also invested and/ or confirmed their positions. One example has been the additional funding of around $1.5 Billion brought by Bharti Global, Eutelsat and Hanwha into Oneweb.

Company performances and conditions in the financial markets will ultimately drive the evolution of the current momentum. 12 mergers between SPACs and space companies have been completed or announced, with more than $4.6B million raised. These transactions have offered high valuations, under the promise of strong revenue uptake in the next few years, which will be carefully monitored in the coming months.

Join us at the “Financial analysts: valuing the new satellite proposition” panel to learn more.

With only one week to go, we hope you’re ready for this unique executive meeting place for the satellite communications and information business leaders.