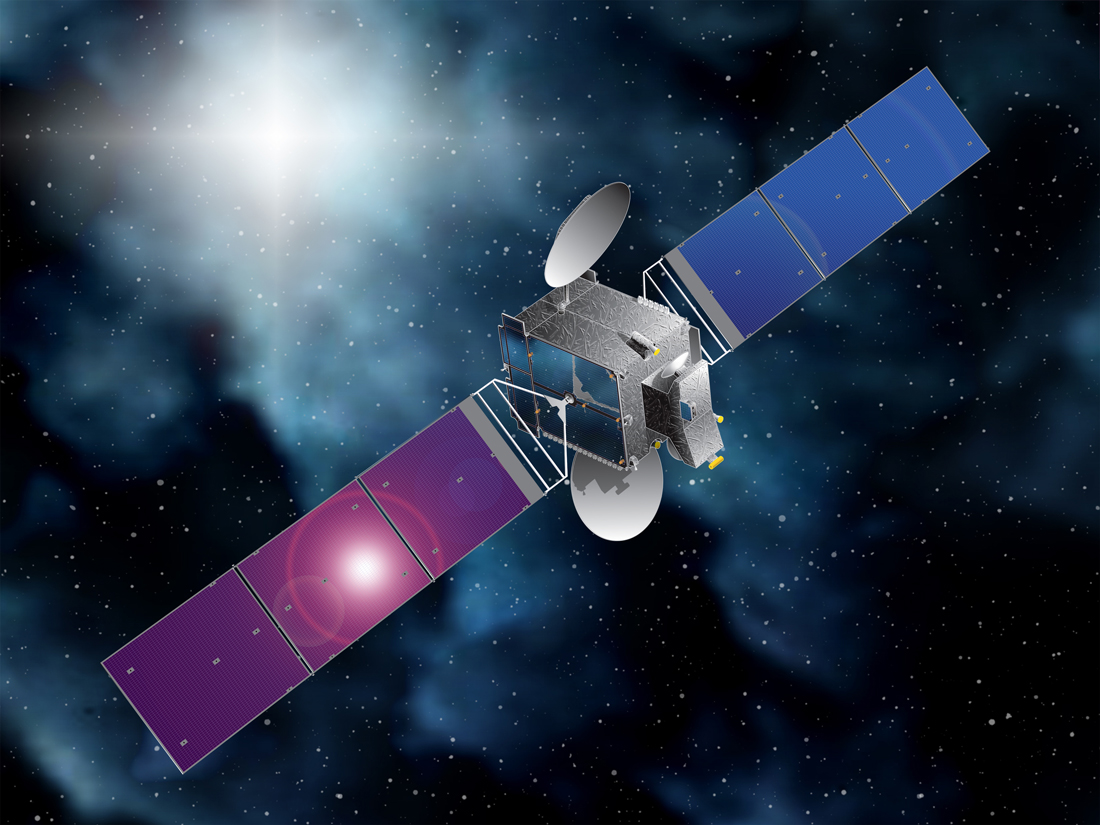 Bulgaria Sat, the fledgling Bulgarian satellite operator whose first satellite launched this summer at a time when oversupply has driven prices down, is trying to sell half of its capacity to international customers in more challenging market conditions than first anticipated. 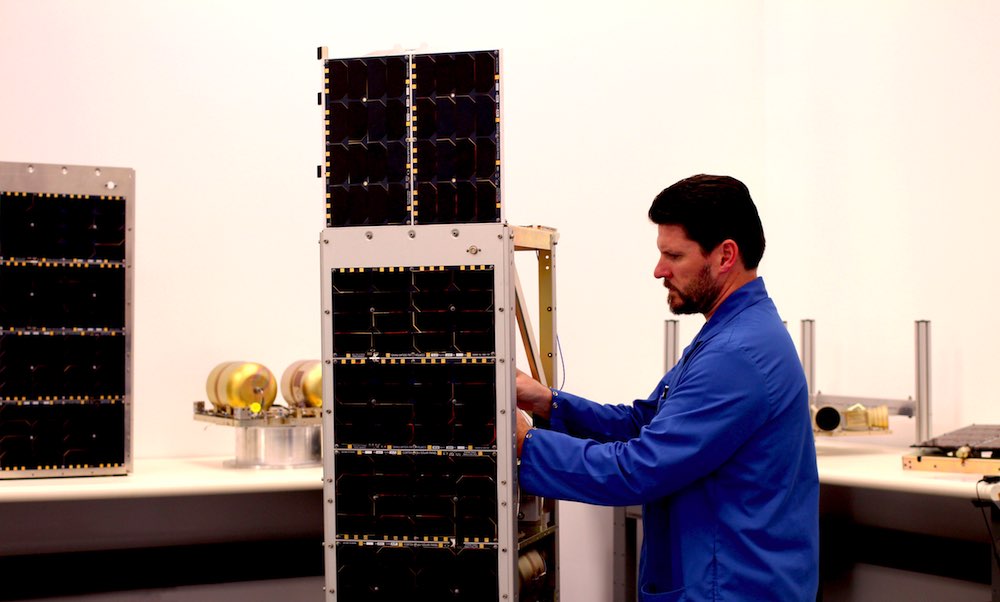 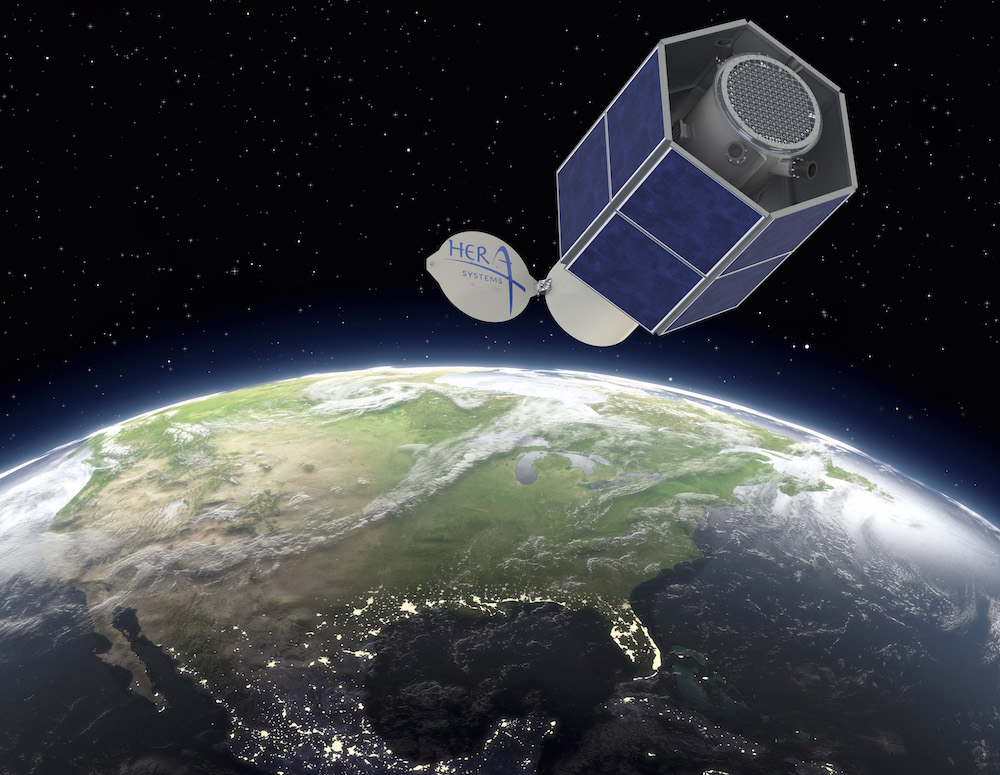 Roger Roberts ended an eight-year stint as the head of Boeing space and intelligence systems in 2005 as his unit’s marquee classified contract, the Future Imagery Architecture constellation of optical and radar reconnaissance satellites, was facing cancellation.

For the world’s leading satellite manufacturers, 2017 has been a rather disappointing year so far. Just four contracts have been signed this year for large geostationary communications satellites — the traditional bread-and-butter of the commercial satellite industry and a big drop from the 10-15 orders the likes of Airbus, Boeing, Lockheed Martin, Orbital ATK, Space Systems Loral and Thales Alenia Space expected to be fighting for this year.

Earth-observation startups are investing in data analytics and machine learning to transform raw satellite data into marketable insights they say have the potential to be every bit as indispensable to investors and business leaders as the up-to-the-second analytics they get from the likes of a $20,000-a-year Bloomberg terminal subscription.

The European Space Agency stepped up to be Arianespace’s first customer for the next-generation Ariane 6 rocket, while keeping Soyuz as a backup option. 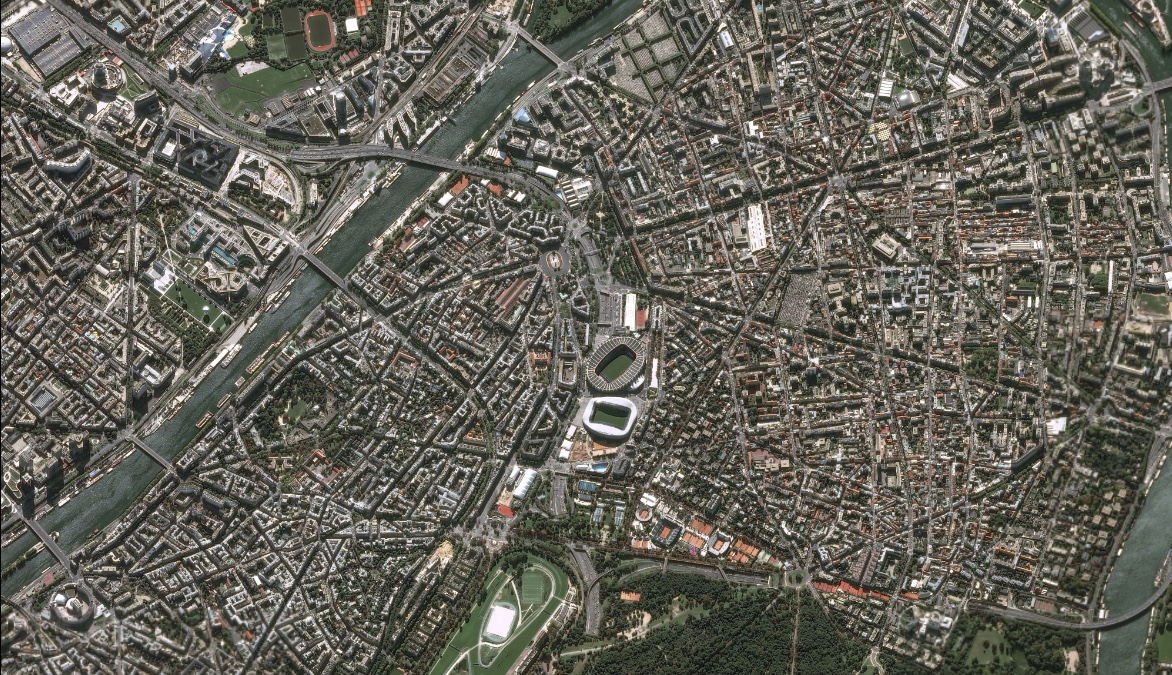 Providing a user-friendly experience together with in-depth understanding of customers’ needs will be key for the growth of Earth-observation data use in new markets in the upcoming years, according to industry leaders. 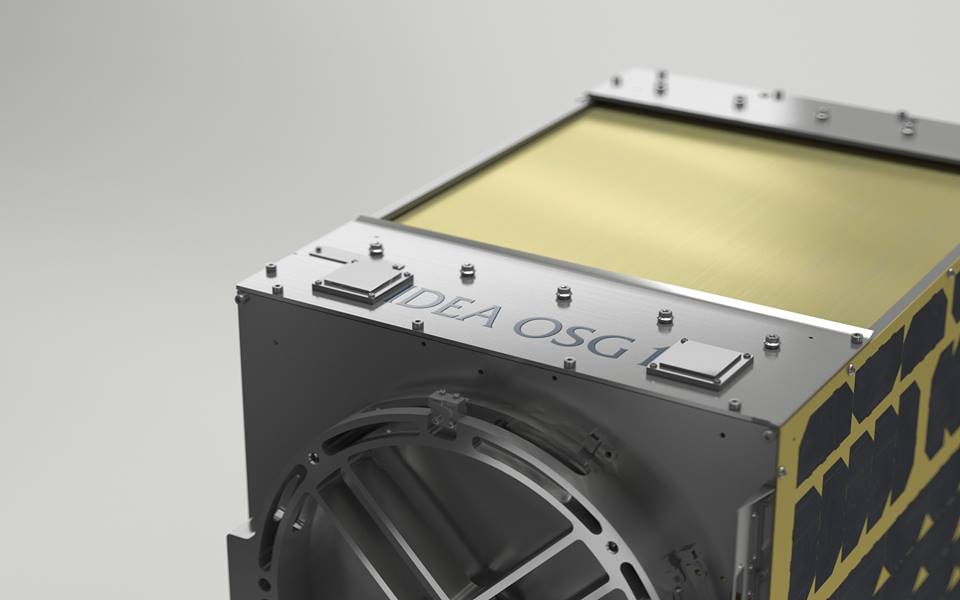 Astroscale is creating a service the space industry knows it needs even if there's while disagreement over who should pay for it. 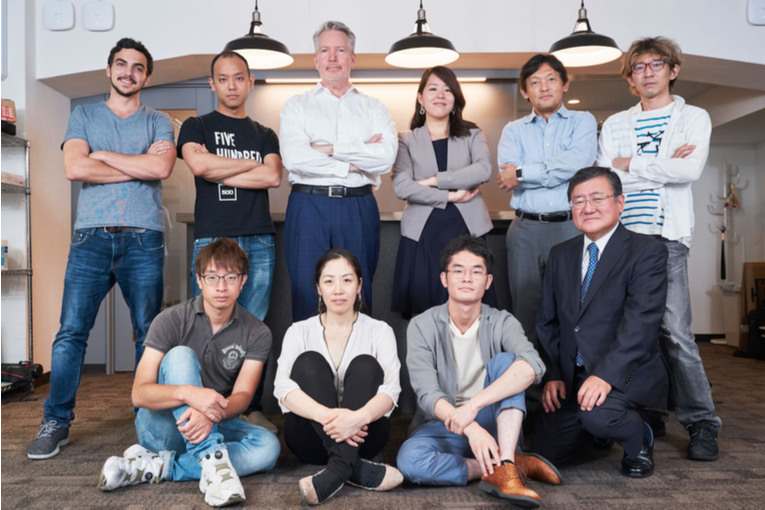 Infostellar, a Tokyo startup creating a service that lets smallsat operators tap into ground stations around the world, has raised $7.3 million from a team that includes the early-stage investor arms of Airbus and Sony. 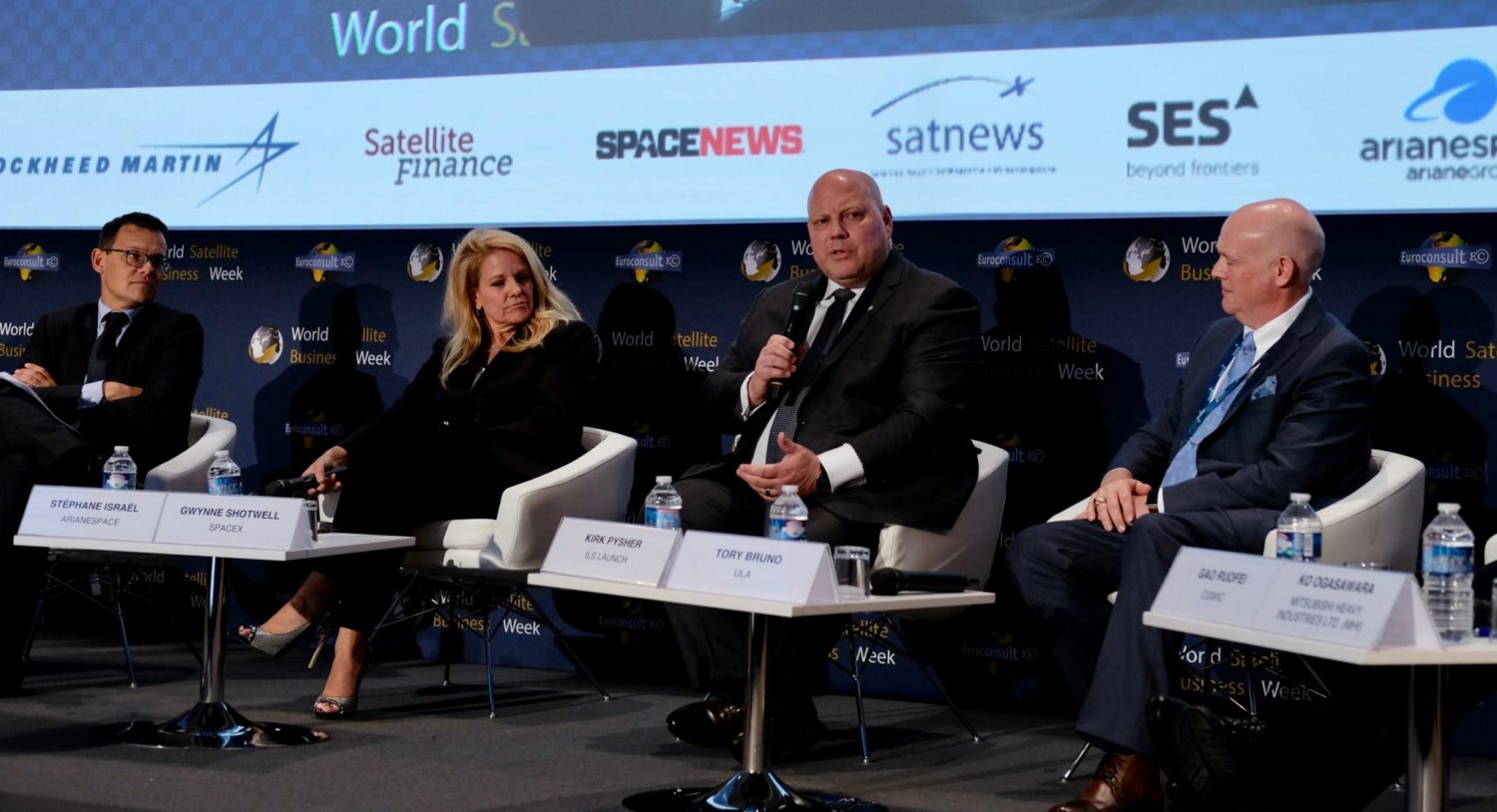 Speaking at the World Satellite Business Week in Paris Sept. 12, top executives of the world’s five leading launch service providers agreed that the future small-satellite launch market will favor ridesharing and customized services on larger launch vehicles rather than tailored launches by the newcomers

Spiwak stepping down as head of Boeing Satellite Systems

Spiwak, who took over Boeing’s satellite division in mid-2014, is going out on a high note. On Monday, satellite fleet operator announced that it had selected Boeing over incumbent Thales Alenia Space to build seven satellites for a new constellation called O3b mPower. 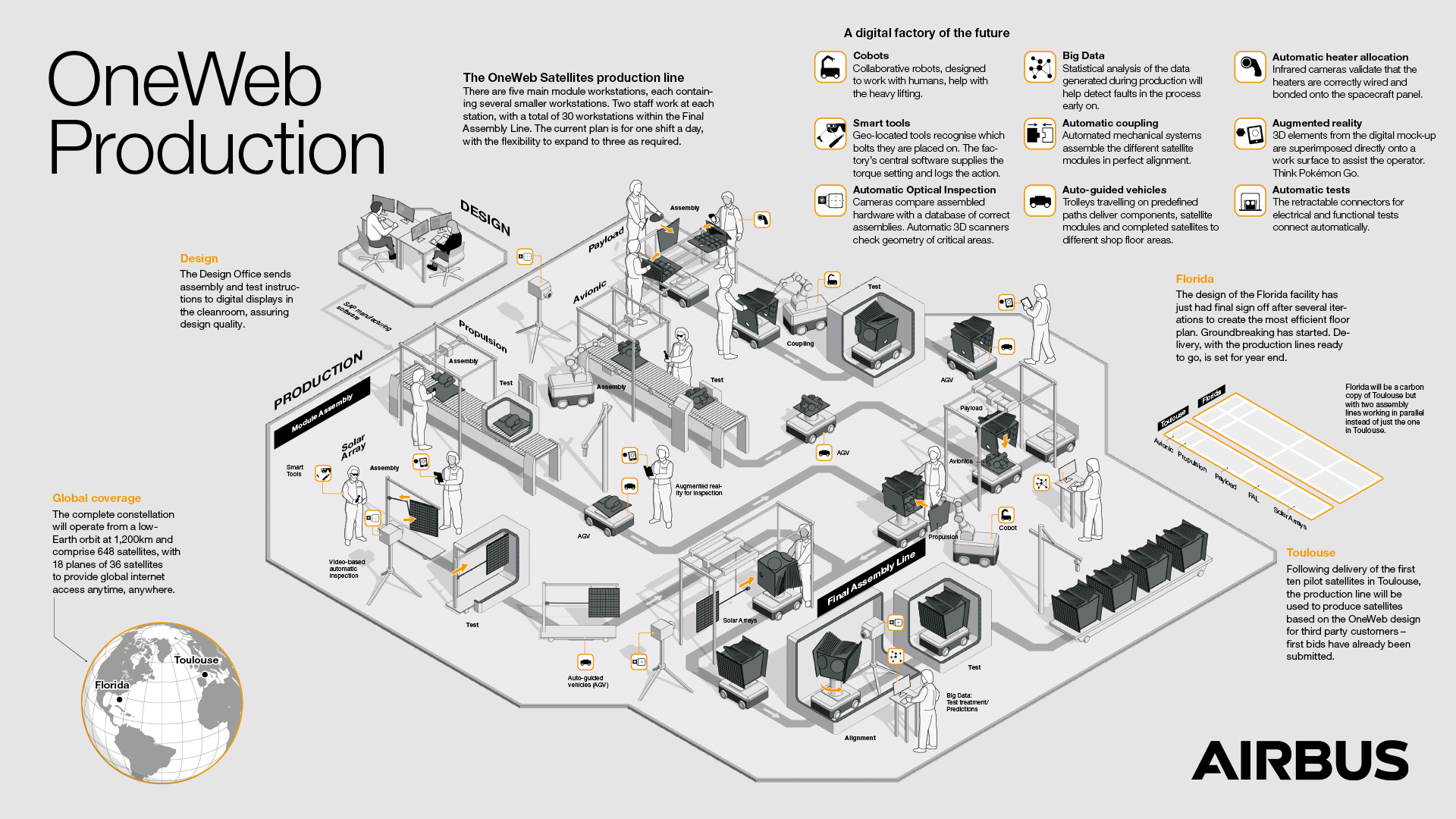 Fully automated satellite-assembly lines? Not quite yet

In contrast to the millions of cars and thousands of airplanes produced annually, satellites are produced in much lower numbers. Even OneWeb’s mega-constellation, doesn’t provide the scale needed to justify the upfront expense of automating assembly.