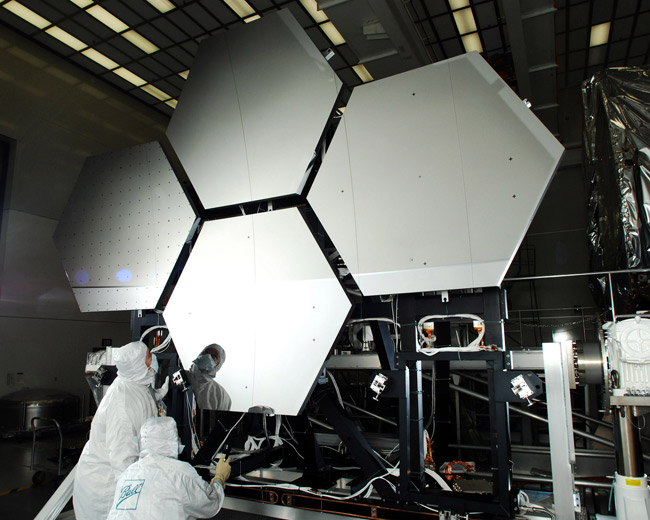 USRA To Work with Goddard Scientists

The Columbia, Md.-based Universities Space Research Association (USRA) said April 4 it has been picked by NASA to lead a university team that will conduct Earth and space science investigations at the agency’s Greenbelt, Md.-based Goddard Space Flight Center under a five-year cooperative agreement valued at $95.8 million.

A NASA engineering and technology services contract worth at least $5 million was awarded to ASRC Management Services of Greenbelt, Md., the U.S. space agency announced July 20.

ASRC Primus of Greenbelt, Md., will develop, install and manage information technology systems at NASA’s Goddard Space Flight Center under a five-year contract worth as much as $229 million, the U.S. space agency announced Jan. 5.

WASHINGTON - NASA is reconsidering its decision to award a five-year engineering support services contract to SGT Inc. of Greenbelt, Md. following a protest by the contract's long-time incumbent, Swales Aerospace of Beltsville, Md, according to government and industry officials.

NASA Goddard Space Flight Center is preparing to re-analyze 25 years of environmental satellite data in an effort to reach more accurate conclusions and deeper insights about changes in Earth's climate since the 1970s.

WASHINGTON -- Swales Aerospace is pushing behind the scenes for NASA to split a $400 million engineering support contract that is back up for grabs following a bid protest.

NASA is battling accusations that it tried to stifle its top climatologist, a man well known for speaking his mind about the causes and consequences of global warming.