Airbus will build the satellite, called Optus-11, on its new OneSat platform, designed with a reconfigurable payload that can steer and reassign beams for different customers and services.

The telescope was designed to track and identify debris and satellites more than 22,000 miles above Earth.

Founded in 2015 to commercialize cheap, narrowband signal transmitters developed at the University of South Australia, Myriota has raised $37 million total. 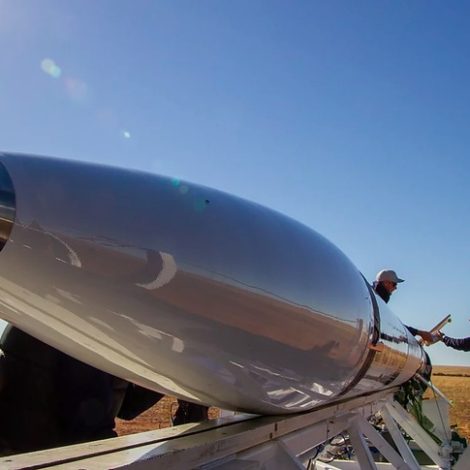 Australia’s nascent launch industry says it would like to see the country’s government provide more financial and regulatory support to help it get established in the global market. 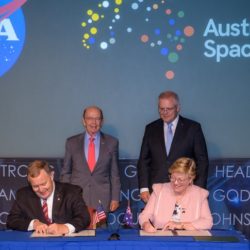 Australia to cooperate with NASA on lunar exploration

NASA signed an agreement with its Australian counterpart Sept. 21 to cooperate on NASA’s Artemis program as Australia seeks to further boost its space industry.

The Australian government has enacted new regulations regarding the launch and reentry of commercial vehicles as part of an effort to help promote development of a domestic launch industry.

The government of Australia announced Sept. 25 that it plans to formally establish a national space agency, a milestone sought for decades by the country’s space industry and other space advocates.

Australia’s national satellite broadband service continues to suffer regional outages seven months after its introduction, with a majority of users reporting installation or connection problems, according to a survey conducted by a national broadband association.

Australia’s NBN Co. on May 31 said it will use the full capacity of its second Ka-band spot-beam satellite, scheduled for launch this year, to accommodate the faster-than-expected rise in bandwidth demand rather than keep it as an in-orbit spare.