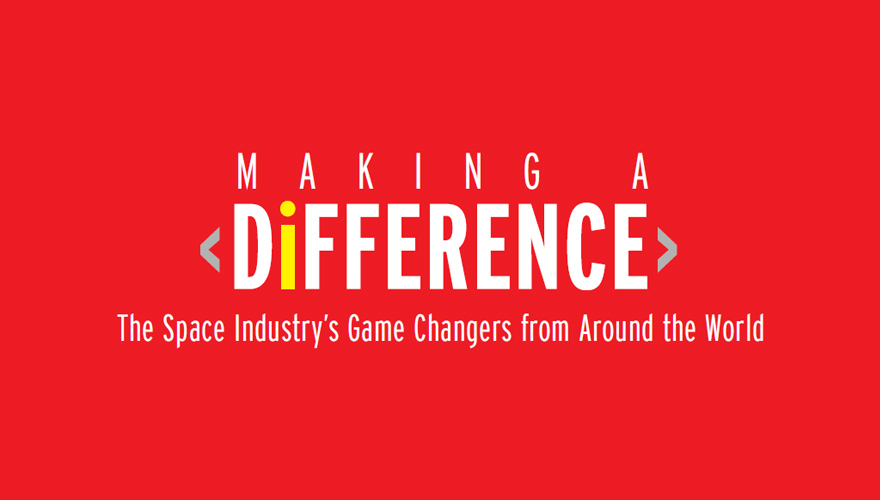 Making a difference can be measured in any number of ways: triumph, budget, policy, inspiration, influence or vision. All of the above are represented in this year’s brief compilation of difference makers.

An overview of upcoming space procurements for U.S. government in the civl and military arenas. 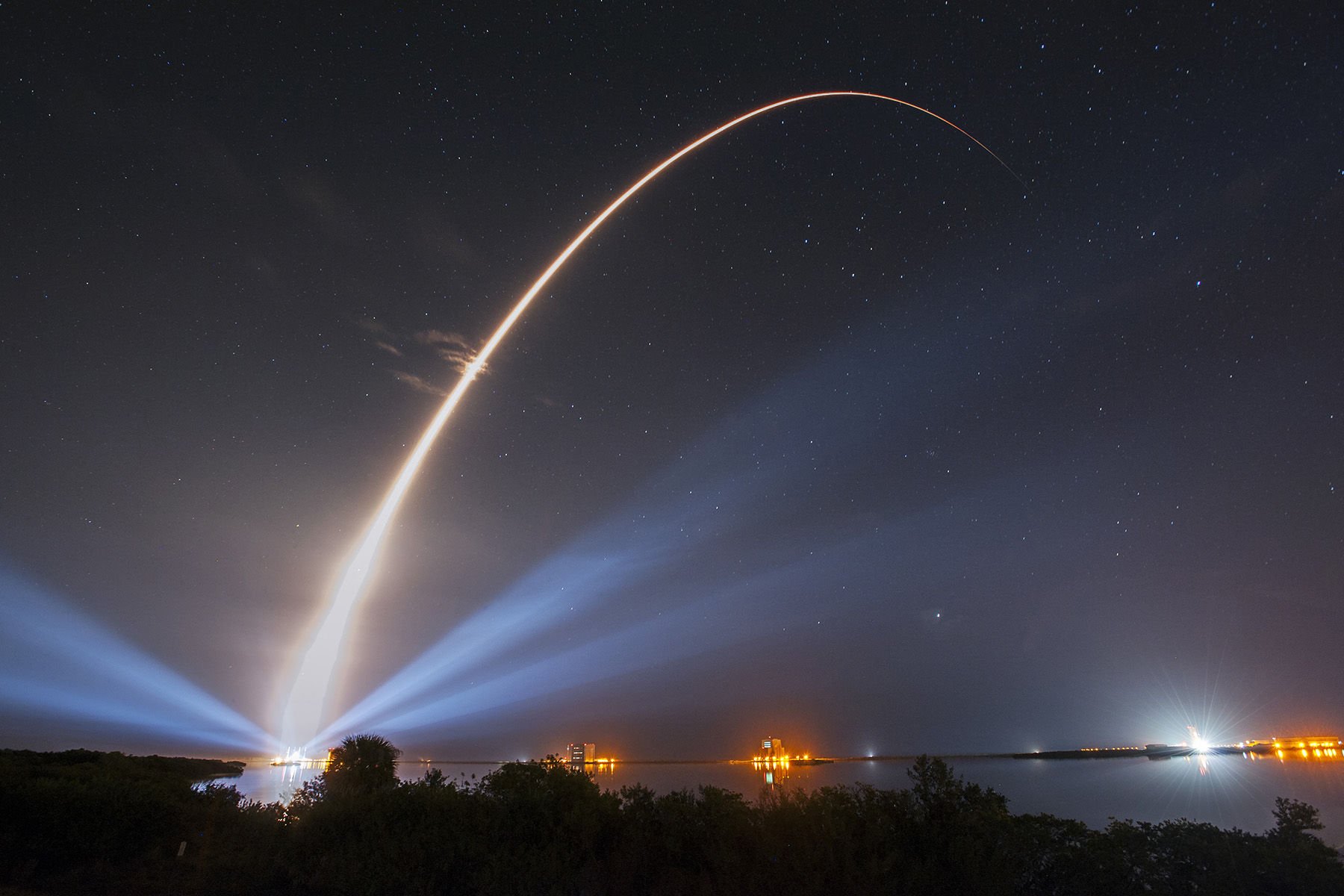 Two competitive national security launches, the first to be awarded under the U.S. Air Force’s main satellite launching program in 15 years, will be among the Defense Department’s most closely watched space-related procurements this year. 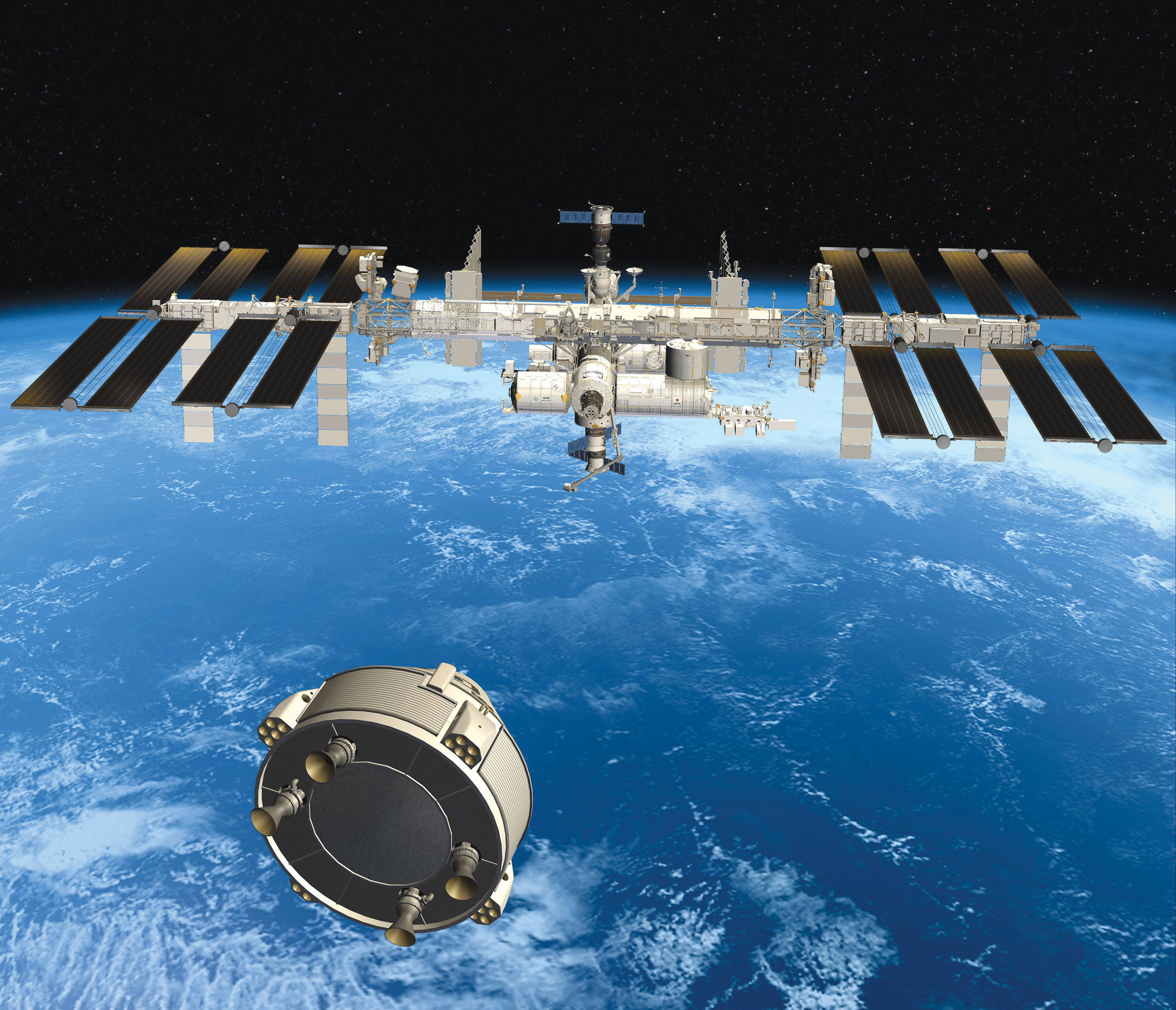 In two of this year’s higher-profile civil space procurements, NASA’s commercial cargo carriers face challengers for follow-on contracts to haul supplies to the International Space Station, while Ball Aerospace is competing to build another polar-orbiting weather spacecraft for the National Oceanic and Atmospheric Administration. 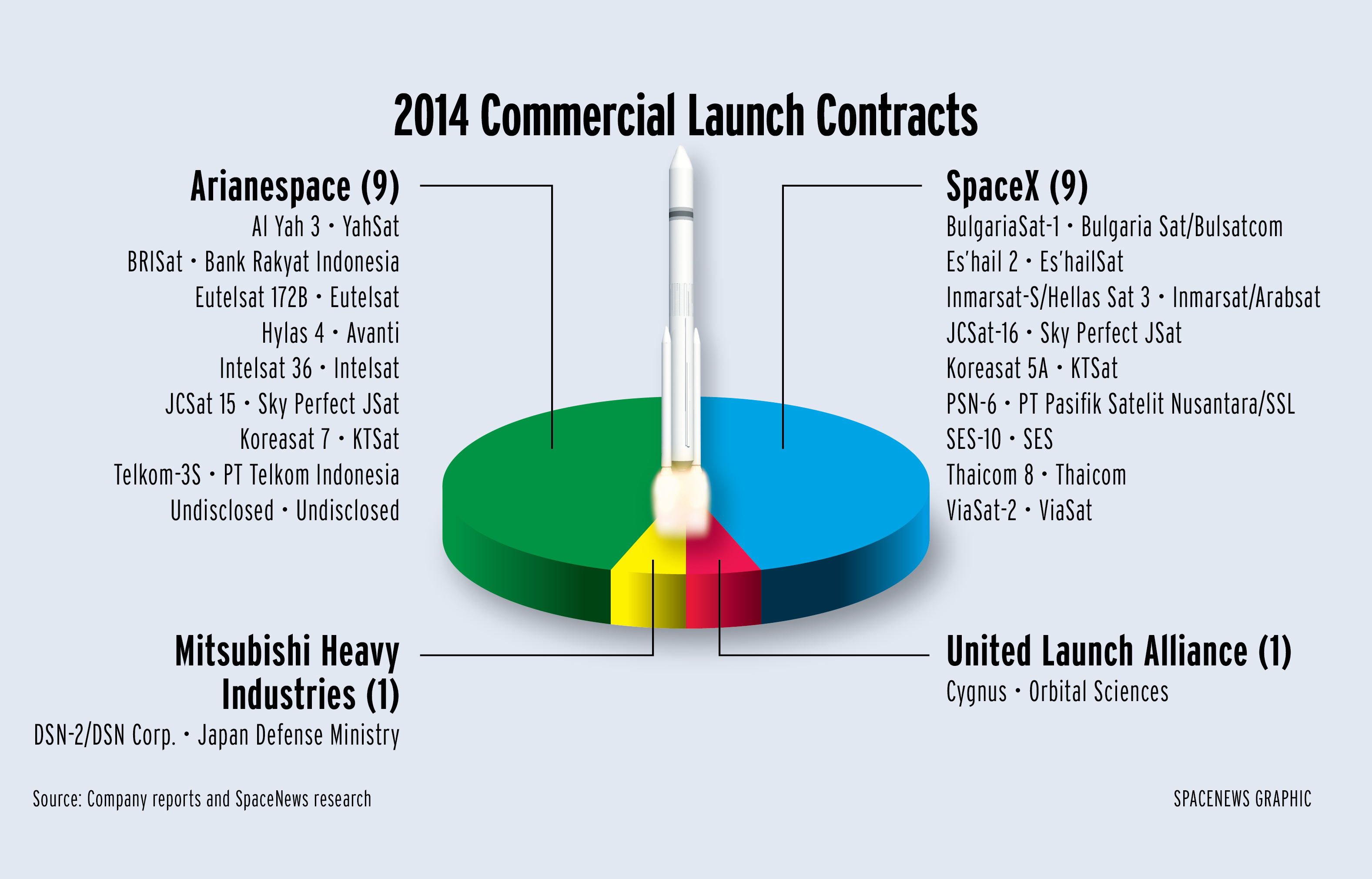 Chart | Arianespace, SpaceX Battled to a Draw for 2014 Launch Contracts 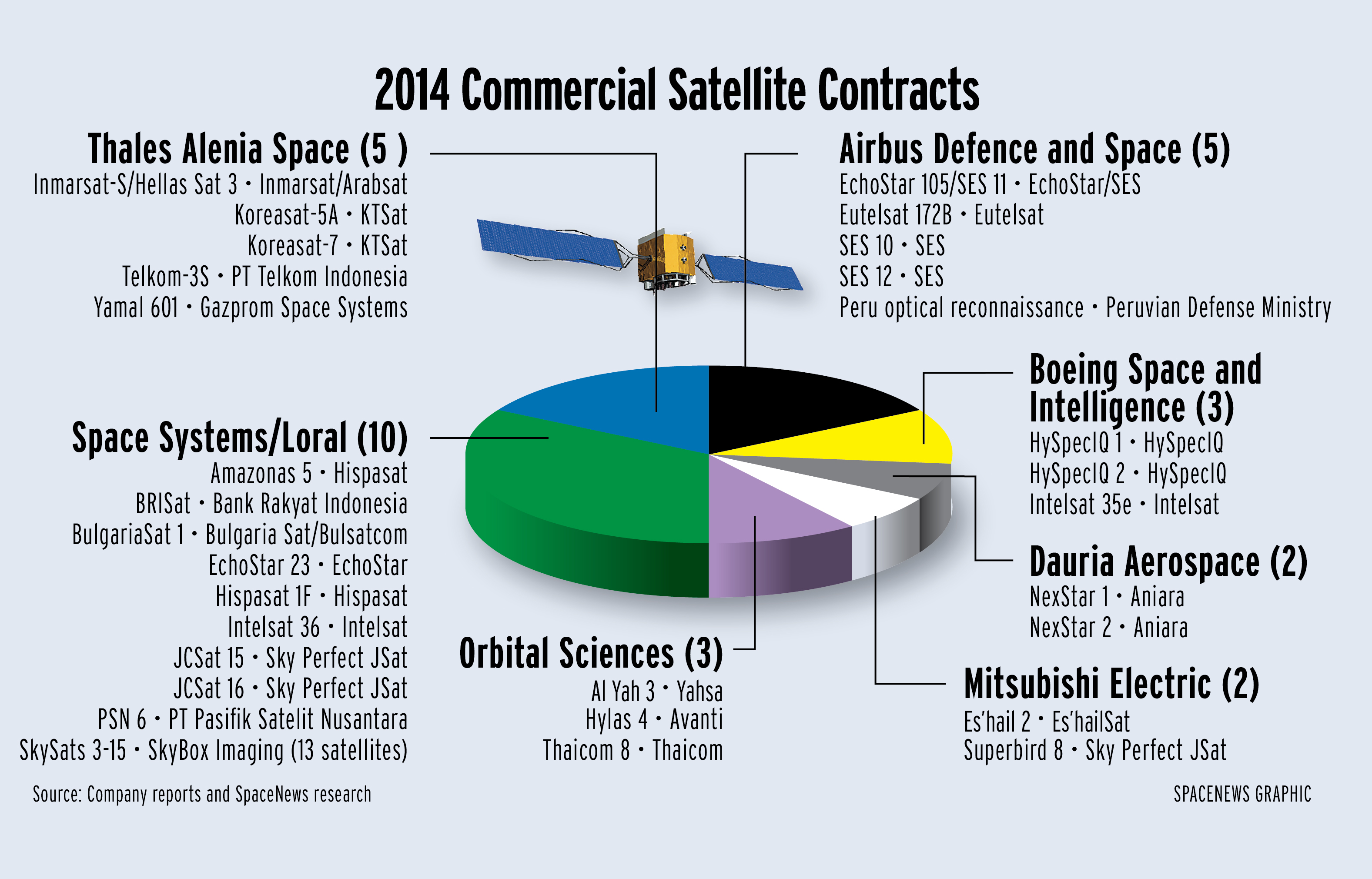 Twenty-six commercial satellites open to competitive bidding and intended for geostationary orbit were ordered in 2014, up from 23 the previous year. Satellite manufacturers say 2015 is likely to be about as busy, with the possibility of one or more contracts for lower-orbit satellite constellations entering the mix. 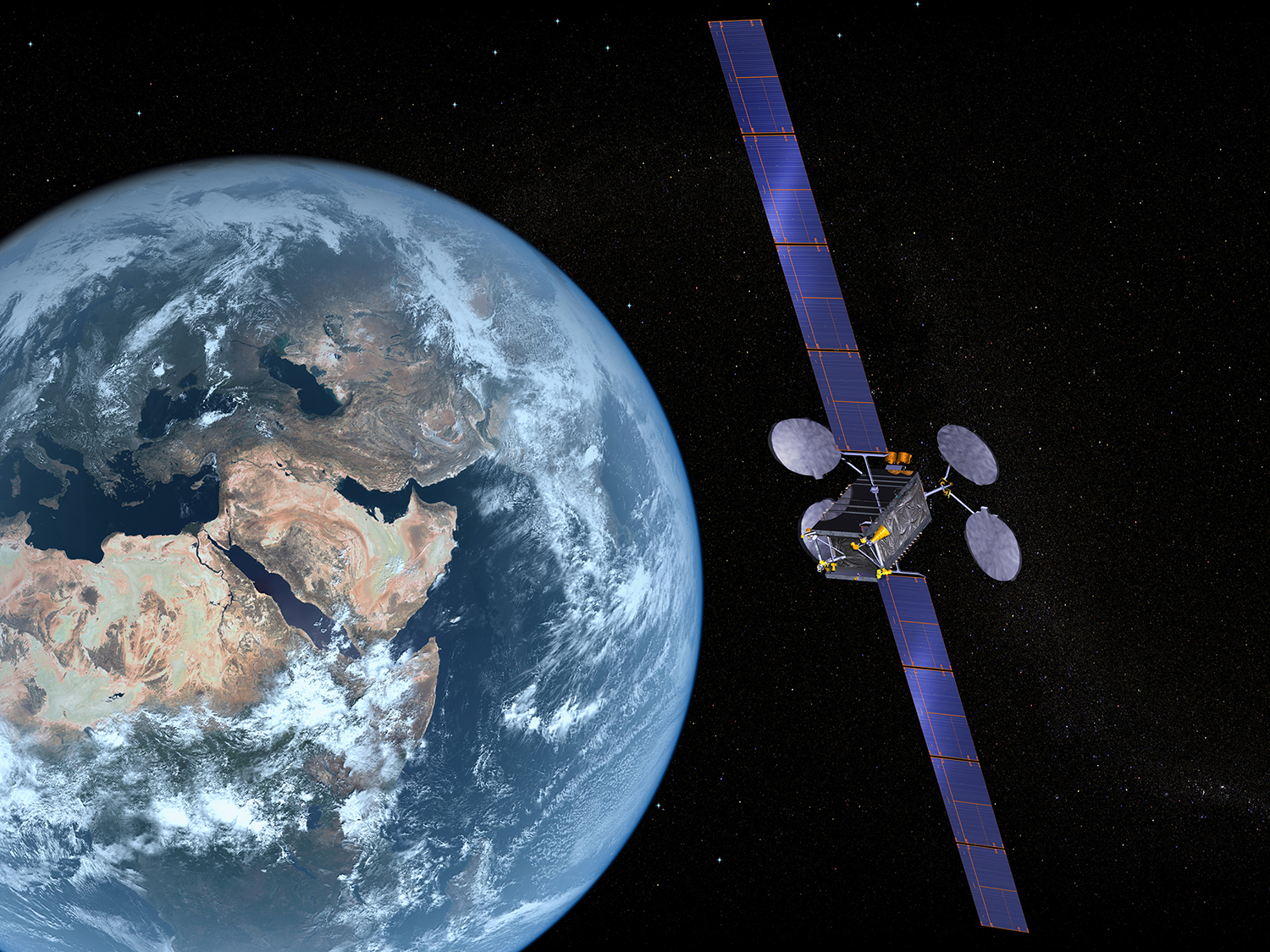 The determination of Bulgaria and Afghanistan to have their own telecommunications satellites and the long-expected awakening of the Indonesian market were highlights of the commercial satellite market in 2014. 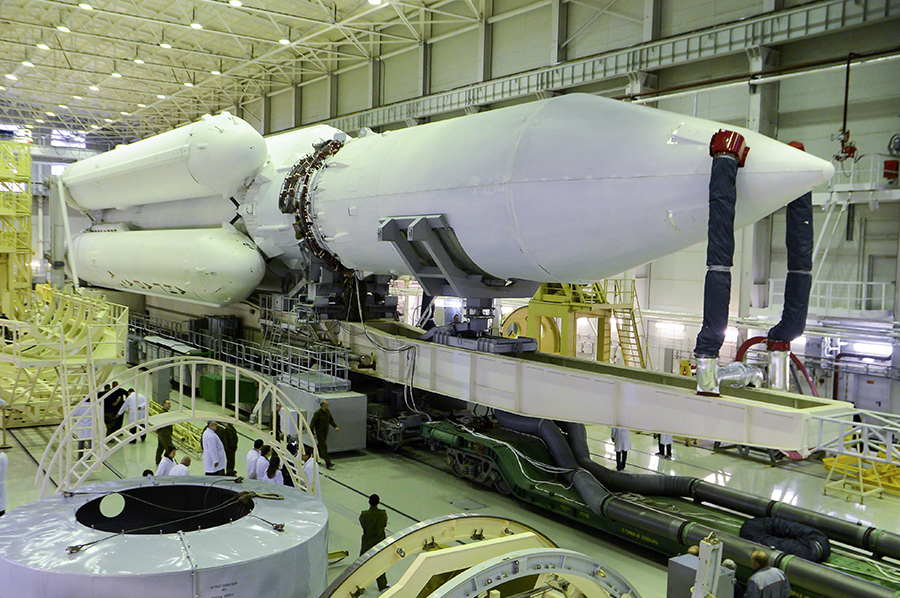 ILS Looks To Rebound from Tough 2014

International Launch Services, forced into a bystander’s role in 2014 as rivals Arianespace and SpaceX swept up almost all the commercial satellite launch contracts, expects to be back in the mix in 2015.